Sweet 16: Where the party never ends 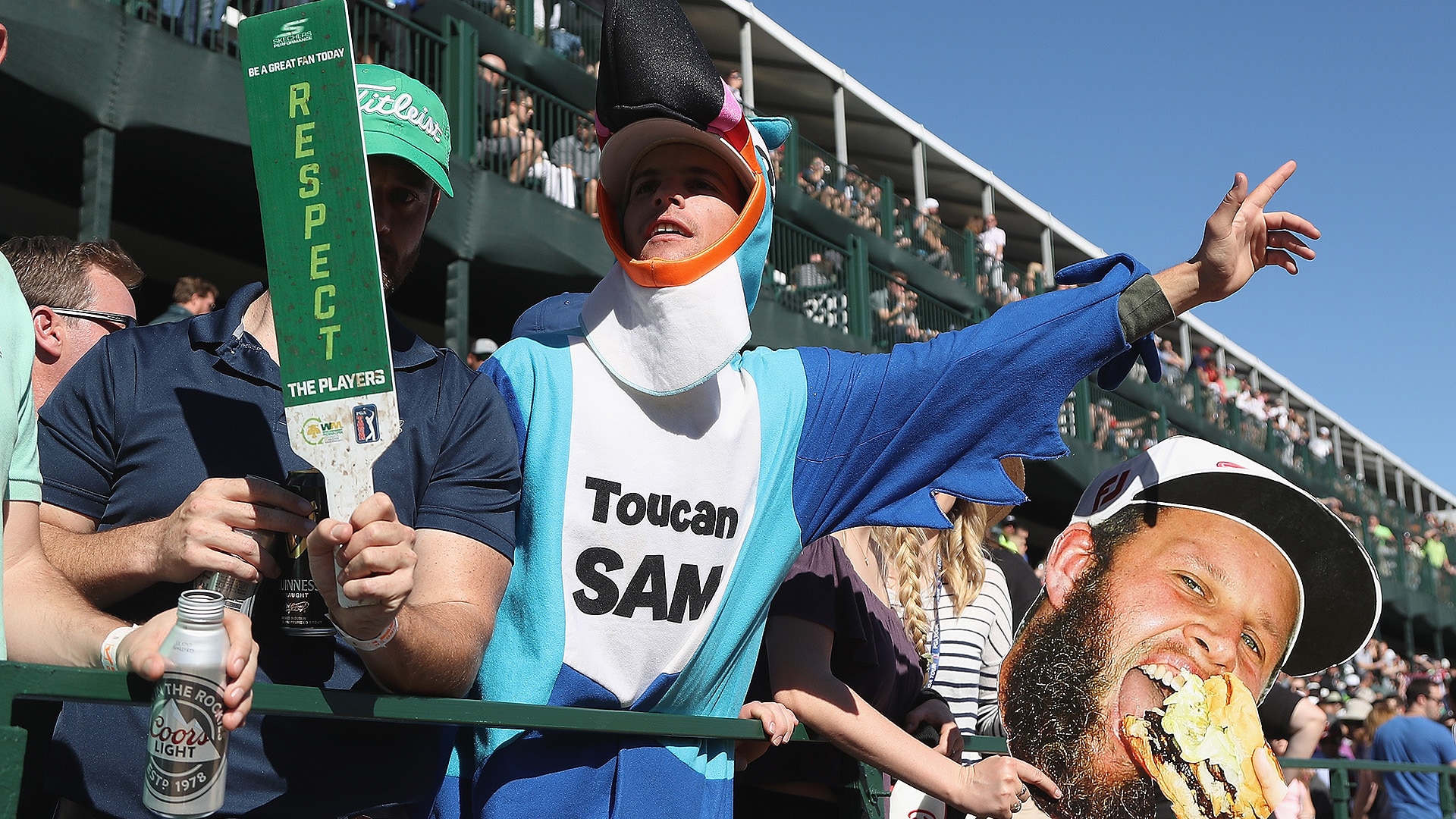 SCOTTSDALE, Ariz. – The gates at the Waste Management Phoenix Open opened at 7 a.m. on Saturday. The sprint to the grandstands at TPC Scottsdale’s famed 16th hole began at 7:01.

Fans filled up the stadium as quickly as humanly possible for Round 3 and the party was rocking by the time the first group came through a full three hours later. THREE HOURS! About enough time to squeeze in a screening of “Titanic.” That’s a lot of boozing.

There were beach balls flying, chants roaring, water guns spraying … and then the golfers arrived.

The fans are smart – they know their golf, and they’re picky – they don’t applaud every safe shot to the middle of the green. But mostly, they’re just drunk. Really, really drunk. As Jerry Seinfeld would say, it’s a scene, man.

Draped mostly in green as part of Waste Management’s sustainability initiative, fans serenade the golfers with cheers, jeers and everything in between from the moment they make their way out of the tunnel near the tee box until they walk off the green.

The second group through was hometown favorite Jon Rahm, who donned an Arizona State jersey for the third straight day. The fans stopped challenging each other to chugging contests for long enough to let out a monstrous roar when he poured in a birdie, but then it was right back to the party.

Pink Shirt chugged too many of whatever she was chugging.

All that drinking makes for a generally fun-loving crowd, especially for the players that play along.

Many hand stuff out to the crowd at 16, whether it’s shirts or hats or - after they've finished the hole - the ball they used.

The people love those players. You’ve never seen so many Ken Duke fans in your life. One woman was begging for a date with Andrew "Beef" Johnston, who’s been giving away Arby’s merchandise all week.

“It’s like a mob mentality,” said one volunteer responsible for keeping the crowd “under control.” “You have to get them on your side or they’ll turn on you.”

Those that don’t might want to think about changing their strategy. The people holding up the “quiet” signs are no match for the performance-enhanced crowd in the stadium. They’re not afraid. They’re dressed up and screaming things they won’t even remember tomorrow.

As Big Bird, Cookie Monster, Elmo and Oscar the Grouch looked on, King Koopa got a little unruly toward the Phil Mickelson group and was tossed out by a police officer. He couldn’t have been the only one.

It's not just the players who are targeted. The fans aren't afraid to turn on each other.

One man with long hair was playfully taunted with chants of “Fabio! Fabio!” every time he got up from his seat. In fairness, he did look like the guy.

As quickly as the players came through No. 16 on Saturday, they were gone, leaving with a fewer hats and shirts, but more memories – good and bad.

The scene at the end of the day looked very much like the one at the start. Fans stayed long after play concluded and were more than happy to do so.

Sunday won’t be quite as intense, but the fans will give it their best effort. After all, it’s their last chance to party with a side of golf until next year. 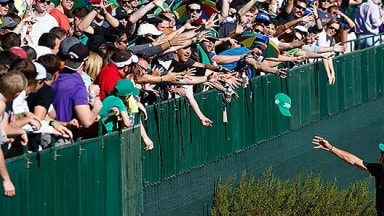 Whether it's Ryan Palmer throwing cash to the crowd or Phil flinging footballs, the fans are the focus at the 16th hole. 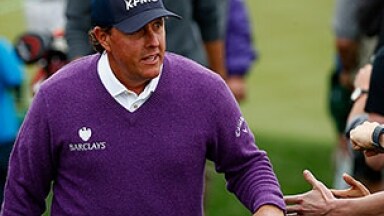 If you didn’t catch Phil Mickelson at the 16th hole Saturday at the Waste Management Phoenix Open, then you’ve likely missed your chance to ever do so in the future.