You can paint yourself into a pretty tight corner trying to compare players to a certain No. 1 with four majors on his resume, especially when the guy on the other end of that comparison is a 21-year-old with two career professional victories.

So let's not compare Rory McIlroy and Jordan Spieth. No, let's just state a few simple facts and let them linger in the air like a sweet aroma.

Just one year ago, McIlroy slogged through what most mortal golfers would characterize as a successful season, with eight worldwide top 10s entering the final month on the calendar. Still, being the young wunderkind that he is, there was criticism about failing to claim a trophy.

That’s when he “finally” broke out of that “slump” by winning the Australian Open, which turned out to be a springboard for a brilliant 2014 campaign that included two major titles.

This year, Spieth sputtered his way through a successful season of his own, earning nine top 10s around the globe, but like McIlroy also heard the skepticism when he failed to turn any of those close calls into victories. Then he traveled to the Aussie Open, where on Sunday – stop me if you’ve heard this one before – he “finally” broke out of that “slump” by winning his first title in nearly a year-and-a-half.

As for that springboard? Well, we’ll just have to wait and see. It would be too bold to hold Spieth up to the expectations of replicating McIlroy’s feats this year, but it certainly isn’t without reason to believe his momentum off this victory – not to mention the confidence gained from it – will carry over to future tournaments.

You know, not that we’re comparing them or anything.

And while we’re on the subject of not comparing Spieth to his fellow millennial, there’s this: At the age of 21, each owned two professional wins – one on the PGA Tour and one elsewhere. (For further non-comparisons, Phil Mickelson had one worldwide win before he turned 22; Adam Scott had two.) Oh, and Spieth has seven more months to add to that total, too.

Again, these are just facts, not comparisons, but they should serve to quash any notion that Spieth can’t handle the pressure or can’t close on a Sunday afternoon or – and this one is laughable – isn’t on the proper track to becoming an elite player.

Breaking news: He’s not becoming one; he’s already there. He’s now ranked 11th in the world. He’s challenged in major championships. The wins will come, maybe not in bunches, but more and more as he matures into a better player and one more comfortable in the Sunday spotlight. It’s the narrowest of narrow-minded viewpoints to simply look at his near-misses at the Masters Tournament and Players Championship, and proclaim that Spieth doesn’t have what it takes to flourish under the intense heat of a potential title.

“It was the best round I’ve ever played, there’s no doubt,” he said afterward, less boastful than bewildered. “Being able to spread out from the field, that was a pretty awesome experience.”

Of course, some critics will still insist that he needs to prove that mettle in a bigger tournament. To that, recent history tells us that it hasn’t happened, but our collective intuition contends that it simply hasn’t happened yet.

In other words: The kid is still 21. Give it time. Even the world’s No. 1-ranked player, only four years his senior, hadn’t celebrated more success at this point in his career.

What Spieth has accomplished so far has eerily mirrored the accomplishments of a young – OK, younger – McIlroy.

Of course, those are just the facts. Only a fool would dare make that a comparison. 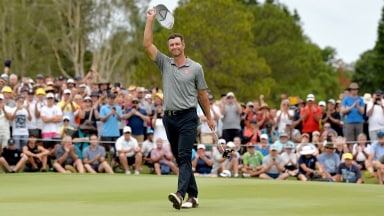 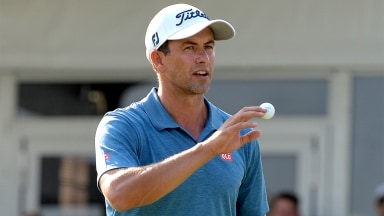