A big break, a broken dream 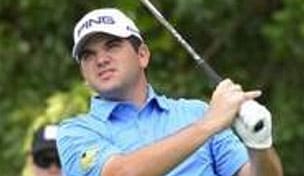 Getty Images
Patrick Reed (R) and his wife and caddie Justine Reed look on during the second round of the Travelers Championship held at TPC River Highlands on June 21, 2013 in Cromwell, Connecticut. (Photo by Michael Cohen/Getty Images)  -

If there’s ever been a professional golfer who needed a big break, it’s Jason Millard.

Two years ago, he missed reaching the final stage of Q-School by one measly stroke. This year, he owns conditional status on the developmental Web.com Tour, but hasn’t gotten into a single event. He’s tried to Monday qualify, but is 0-for-7 so far.

That’s hardly the extent of his heartache, though.

Last year, his father, Eddie, passed away at 60 after a year-long battle with leukemia. “He was my best friend,” Jason says of the man who introduced him to the game.

That left the 24-year-old to care for his mother, Debbie, all alone. Right around the time Jason was born, she was diagnosed with multiple sclerosis. About two or three years ago, her condition worsened to the point where she can no longer walk. He still lives with her in his childhood home and though she has a daily caretaker, his responsibilities include buying her groceries, paying her bills and ensuring her medications are filled.

“He’s got a lot more on his plate than any 24-year-old should have in regard to the things he’s been through with his family,” says Whit Turnbow, head coach at Middle Tennessee State University, where Millard was a two-time All-America selection. “But his mom and dad did a wonderful job raising him. He’s got a strong sense of family and he’s a high-character, high-moral kid.”

So yeah, this is a kid who could use a big break. And he finally got one this past week, shooting scores of 68-68 at the Memphis, Tenn., sectional to earn a spot in the upcoming U.S. Open.

Until five days later, when that big break turned into another big disappointment.

After nearly a week of constantly thinking about it, nearly a week of guilt, of questioning himself, of not wanting his big break to come under false pretenses, Millard disqualified himself from the biggest tournament of his life.

Playing the 18th hole on the North Course at Colonial Country Club – his 27th of the day – he hit an approach into a greenside bunker. As he played the shot, doubt crept into his mind as to whether he’d grounded his club in the hazard.

“I got in the bunker and looked up at the flag and back down, then back at the flag,” he recalls. “I looked down the last time before I took my swing and I think I feel the club hit the sand. I may never know. I think I see a little indentation from where the club hit it, but it happened so fast. I was actually in the act of making my swing when I thought I saw it. It was like a blur. That image keeps popping in my head.”

Millard notified playing partner Tommy Gainey, but he was on the other side of the green and didn’t see anything. He told a rules official, who informed him that it was his call and his call alone.

It was a decisive call. When the 36-hole qualifier was over, he’d earned a spot in the field by one stroke. If he’d given himself a two-stroke penalty, he would have missed a playoff by one.

For five days, he thought about it. All the time.

“I literally thought about it for every single second of the day,” he says. “I just kept asking myself what to do. I kept saying, ‘I’m not 100 percent sure,’ so I never did anything. But it kept on eating at me inside.”

On Saturday morning, Millard packed up for Pinehurst and started driving from his Murfreesboro, Tenn., home with his caddie. They’d driven about an hour, halfway between Murfreesboro and Knoxville – “in the middle of nowhere,” he calls it – when he had a change of heart.

He called a USGA official and explained that he couldn’t compete with the uncertainty weighing on him.

Those who bemoan the impact that television replays have had on professional golf should take note of Millard’s lasting desire toward the situation.

Instead, the guy who can’t catch a break dealt himself another cruel blow.

Instead of playing alongside the game’s best players, he’ll be watching from afar – as much as it will pain him. Instead of trying to make the cut and play a U.S. Open final round on Father’s Day, one year after his father died, he’ll be mourning at home.

The story should recall that of Blayne Barber, who two years ago needed eight days before disqualifying himself from Q-School for a similarly undetermined infraction. And it should be noted that Barber – in a karmic twist of what goes around comes around – will be a full-fledged PGA Tour member next season.

“His break is coming, man,” Turnbow insists. “He’s too good a player to not rebound from something like this.”

After calling a USGA official and disqualifying himself and turning around from the middle of nowhere, Millard returned to his childhood home and told his mother about his decision. Despite her physical limitations, Debbie’s mind is still as sharp as ever.

A tear fell down her cheek as she listened to her son’s story. Then she responded.

Let’s hope so. He could use a big break. 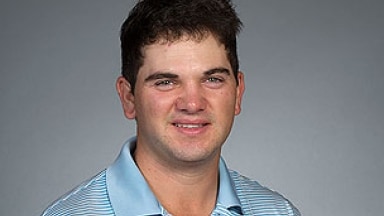 Millard disqualifies himself from U.S. Open

Five days after earning a spot in the U.S. Open, Jason Millard disqualified himself from the season's second major after admitting to grounding his club in a bunker during qualification.