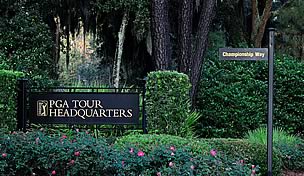 Getty Images
SAN FRANCISCO - OCTOBER 11: Anthony Kim of the USA Team watches his tee shot on the 12th hole during the Final Round Singles Matches of The Presidents Cup at Harding Park Golf Course on October 11, 2009 in San Francisco, California. (Photo by Scott Halleran/Getty Images)  -

It happens every April. Golf fans who have spent months eagerly anticipating the year’s first major championship wake up before the opening round of the Masters like it’s Christmas morning – only they’re told they can’t open their presents until mid-afternoon.

That’s because the telecast traditionally doesn’t start for some seven hours after the first tee shot is struck. It’s enough to send the collective golf fanbase into an unequaled rage over the inability to witness everything, all the time. Some would call it emblematic of our need-it-now society; others would say it’s just a natural reaction.

Either way, this happens despite limited commercial interruptions during the broadcast, despite increased coverage over the years and despite availability on various other multimedia platforms.

And yet, the Masters remains not only the most prestigious tournament for the world’s elite players, but likewise the crown jewel of any fan’s annual viewing schedule. The limited broadcast windows remain must-see TV because of – not in spite of – this lack of oversaturation.

That’s an important distinction – and therein lies a lesson for the rest of golf’s organizing bodies, one which they all continually struggle to comprehend.

The less-is-more philosophy that permeates the Masters each year isn’t a favorite of those watching from the living room couch, but it’s an inarguably successful business model. Unlike the other three majors, which feature live sunrise-to-sundown coverage, fans often feel like they can’t miss a minute of the action from Augusta due to its limited nature.

This same theory can be invoked in other areas of the game.

As you may have noticed, the PGA Tour is already three events into its new 2013-14 wraparound schedule, which started just 18 days after the 2013 campaign had concluded. Then again, you may not have noticed, as some admittedly entertaining tournaments have faded into the background of a sports landscape already deluged domestically with postseason baseball, professional and college football and the start to hockey and basketball seasons, not to mention even greater conflicts internationally.

The PGA Tour may reside as a Field of Dreams for its membership, but the pervasive “if you build it, they will come” mentality toward the consumer base is flimsy at best. Beginning three weeks ago, 49 of the next 52 weeks will host a PGA Tour-sanctioned event, whether official or not.

At the risk of sounding like a country singer crooning over a lovelorn relationship, we can reach this conclusion: You can’t miss something that never goes away.

That less-is-more philosophy of the folks in green jackets is continuously usurped by a more-is-more fundamental during the rest of the year. Can’t watch a tournament? Don’t worry, another one is just a few days away.

Let’s compare this to, oh, the NFL, which seems to have built a decent business model for growing its product. Speak with any football fan these days – and without question, you can’t walk out your front door and fail to find one – and ask how they feel about their passion in July and August. During these months, nearly a half-year since the last game that actually counted for something, the obsession has already morphed beyond withdrawal and past depression, now taking the form of anticipation once again, completing the cycle that lured them into such fandom in the first place.

If the PGA Tour wants its fans to witness these highs and lows, they’ll have to come between the hours of Sunday night and Thursday morning.

Don’t confuse this column, though, for one of those close-minded foot-stampings that invariably fail to see the other side. The truth is, the PGA Tour’s schedule is the ultimate Catch-22 situation.

While there are too many annual tournaments to ever force us to truly miss ‘em, there still aren’t enough opportunities for those with full-time membership. Even in the season’s first few weeks, with most of the elite players electing to take an extended vacation, there were plenty of Web.com Tour graduates who failed to get into the fields.

But that’s only scratching the surface of this paradox. The PGA Tour has contractual obligations to sponsors for every tournament. Even if it was in favor of contraction, the contracts would currently prevent it from contracting. Got it?

Then there’s the charitable aspect within each community. Take the Valero Texas Open, for example, which is hardly amongst the upper echelon in the PGA Tour’s hierarchy of events. The tournament has raised more than $50 million for local charities during its lengthy history, making it one of the more impactful in the yearly rotation. Is the governing body supposed to shut off that kind of support simply because there are too many tourneys on the calendar? Let’s hope not.

We’re past the point of no return. As those who run the Masters understand, purveying a less-is-more philosophy is something that has to be cultivated from the beginning as opposed to forged later on.

In 2006, when PGA Tour commissioner Tim Finchem first introduced the impending FedEx Cup to debut the next year, he spoke about the need to give players an offseason while also not competing against football season. When it began, though, the final playoff events were directly opposite football and have been ever since.

All of which leads to another lesson: It’s ultimately difficult to indulge a less-is-more philosophy when we live in a more-is-more kind of world.