Pace of play not an issue in speed golf 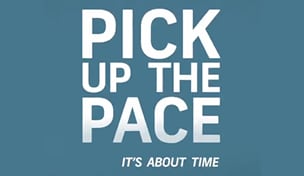 Chris Walker is a professional golfer. A 2012 graduate of Notre Dame University, he turned pro soon thereafter and embarked on a journey playing mini-tour golf.

That journey took him last October to Bandon Dunes, the mystical, ethereal set of acclaimed courses in the Pacific Northwest. Competing in a two-day tournament – one round at Old Macdonald; the other at Bandon Dunes – Walker posted scores of 130 and 133.

Those totals alone may suggest that Walker should find another line of work, but the reality is quite the contrary. In fact, he won the tournament.

Walker triumphed at the inaugural Speed Golf World Championship, defeating a field of 13 other professionals in a game that tests not only golf talent, but pace of play, as well.

In speed golf, competitors run the course in between shots. Their final score is an added total of both strokes taken and the time in which it takes to finish. For example, in Walker’s case he opened with a 77 in 53 minutes, 29 seconds, then followed with a 76 in 56 minutes, 59 seconds, for a two-day total of 263.28.

It’s hardly a new concept. Speed golf took off – quite literally – during the running boom of the late-1970s. By 1982, it was earning national attention, as Steve Scott, a track and field athlete who held the American outdoor record in the mile for more than 26 years, used two golf clubs to shoot a 95 – in 29 minutes, 33 seconds.

That mark still stands as the world record for the fastest round of golf. It wasn’t until some two decades later when scores were amended as a combination of total strokes and total time. Today the game is growing, but still finds plenty of challenges.

“It’s so out of left field,” says Tim Scott (no relation to Steve), co-founder and executive director of Speed Golf International. “Speed and golf are two polar opposites – you never think of that.”

Scott had played in tournaments from Atlanta to Austria, but those started fizzling out, so in 2002 he and two others formed the organization which now has about 20 leagues throughout the country and includes three tour events with pro and amateur divisions, including the championship at Bandon Dunes, plus 10 other tournaments during the year.

The rules conform to those of any other sanctioned golf tour and the goal is simple: Shoot the lowest score possible in the fastest amount of time possible. While there are no standard minimums or maximums for number of clubs, Scott says that most competitors will use five or six clubs in a lightweight golf bag that can be carried while running.

“We try to highlight pace of play, going with first instinct a bit more,” he contends. “Speed golf is an extreme version of playing a bit quicker.”

“It’s a very freeing experience to play speed golf,” maintains Walker, who first played while training for last year’s championship. “You’re in your own group, nothing ahead of you. …. People can’t wrap their head around playing golf in 53 minutes. They think that’s more impressive than the score.”

The appeal is easy to understand. Those who only have time to choose golf or a workout in a given day can combine two passions into a single activity.

“I play at 6 a.m., run five miles, get in 18 holes, get home by 8 a.m. and my wife and kid are just getting out of bed. That’s very appealing to me,” Scott says. “You go to a gym at 6 in the morning and there are people there. Some of them are golfers dreading that they’re on a treadmill. If they had an opportunity to play 18 holes instead, they’d jump at it.”

“The best quality is that it reminds people that golf need not be five hours,” says Bandon Dunes owner Mike Keiser, whose facility will again host the speed golf championship later this year. “If 18 holes takes 52 minutes, then I can play three holes in 10 minutes or nine in half-an-hour. Now, all of a sudden, we have time for golf. And I get a cardio workout, to boot.

“Anyone with a busy job plus children will see it as a way – no, the only way – to keep playing golf.”

Not that speed golf isn’t without its issues.

Scott estimates that if you polled 100 golfers randomly, only 50 would have a passing interest or could physically play, maybe 10 would be very interested and just one would actually follow through on trying the idea.

One thing holding it back is the fact that it must be played either first thing in the morning or late in the evening due to other golfers on the course. Another is that people have trouble grasping the concept; is it for golfers who want to keep in shape or for runners who want to take up golf?

“We’ve always concentrated our efforts on the golf angle; I think we need to focus a bit more on the running angle,” Scott admits. Then again, despite the name of the game, it’s about more than just speed. “You don’t want to Happy Gilmore it, because if you miss a one-foot putt, that’s like wasting a minute. You really want to play your best golf, then run in between shots.”

While this may not be the answer to all pace of play problems in golf, speed golf can provide a few revelations that may help slower players pick up the pace.

“Here these guys are with five or six clubs, doing it in under an hour and shooting about the same as they usually do,” Scott says. “We take so much time on the course and we can get so analytical. Does it really help us? Maybe we’d all play better if we played quicker.”