Punching their tickets to Congressional 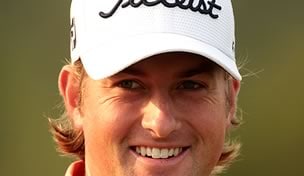 COLUMBUS, Ohio – The scene was like a private country club starter’s worst nightmare. Six guys teeing off the first hole together in the fading twilight, one of ‘em with the audacity to wear cargo shorts. If management didn’t know any better, they’d have been checking their golf bags for a few hidden brewskies.

These weren’t renegade members, though. The sixsome was comprised of the remaining competitors at the Columbus sectional qualifying site for next week’s U.S. Open, the lone survivors after 13 players in the field had already punched their tickets to Congressional and 101 had slammed their trunks and headed for home.

Call ‘em the dirty half dozen. Actually, after 36 holes, they were the dirty, sweaty and more than a little fatigued half dozen.

All have enjoyed varying levels of professional success over the years; none has ever been accused of superstar status. Between them, they have competed in 965 events on the PGA Tour and won a total of three titles, none more than once.

The goal of this playoff wasn’t success. It was the chance to find success elsewhere, like buying a lottery ticket and being rewarded with another lottery ticket.

On the first playoff hole, all six hit their tee shots, then ambled down the fairway together. If that wasn’t enough of a comical episode, when the six reached their golf balls, they then found it necessary to find visual confirmation as to who owned which one.

Ten minutes later, each player was walking to the next tee box, matching pars for all leaving their U.S. Open dreams still intact.

Between them, these players have competed in 16 editions of the year’s second major, Henry leading the way with six starts and five having made multiple appearances, as only Simpson has never partaken.

This is golf’s version of “American Idol,” an open audition for the national championship. As Roy McAvoy said in the film “Tin Cup”: 'I mean, it's open. Anyone's got a shot at it. You just gotta get past a local and a sectional qualifier, and unlike Doral or Colonial or the AT&T, they can't keep you out. They can't ask you if you're a garbageman or a bean-picker or a driving range pro whose check is signed by a stripper. You qualify, you're in.'

Granted, none of these players are garbagemen, bean-pickers or driving range pros, but that doesn’t make the notion of qualifying for the U.S. Open any less romantic.

On the second playoff hole, the group dwindled to a fivesome. When the music stopped, Stanley was left without a chair, his bogey leading to a long day with nothing to show for it.

The others soldiered on to a third extra hole – and that’s where this story comes to a conclusion.

First it was Petrovic who rolled in a 15-foot birdie, punctuated by big fist pump. Hend followed with a birdie of his own, then Simpson, too. With Wetterich and Henry failing to match their scores, the field of sectional qualifiers was complete.

Thirty-nine holes on two courses over more than 13 hours. That’s a long journey to simply claim another lottery ticket.

All of which begs the question: Was it worth it?

“It’s always worth it to play in a major,” Hend explained. “A lot of people want to play in a major in their career. I’ll be fortunate enough that this is my third U.S. Open. You just never know what’s going to happen. The golf course could be set up in such a way that you happen to have one of the greatest weeks of your life and you win a major and it changes your life forever.”

“Yeah, it’s worth it,” Petrovic said. “I’ll be more excited at the end of the week. But I’m just so tired right now.”

“It would be worth it if I had to play more tomorrow,” Simpson said. “I’ve obviously never played in an Open, but it will be a good feeling when we pull in there on Monday. I’m pumped. I’m looking forward to it.”

The U.S. Open is for dreamers. It may sound a bit sentimental and idealistic, but all a player needs is an opportunity and he could become a part of history.

Scott Hend, Tim Petrovic and Webb Simpson took the first step of that journey on Monday. The players they left behind only wish they had such a chance.