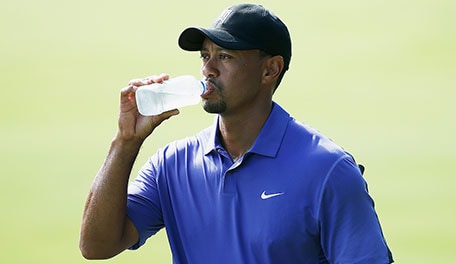 WINDERMERE, Fla. – Tiger Woods was experiencing flu-like symptoms throughout Saturday’s third round of the Hero World Challenge. His game, though, looked healthier than the previous two days.

Vomiting and dry heaving during the first few holes, Woods overcame lethargy and a lost voice to post a 3-under 69 – his first sub-70 score of the week.

“Sick,” he said with a raspy whisper and a wry smile when asked after the round if he’d received a diagnosis. “I fought hard. That's about all I had.”

Woods’ short game woes didn’t totally clear up – he chunked two or three more chips, depending on your definition, bringing him to seven or eight for the tournament so far – but his tee shots appeared long and straight and his approaches often found their intended target, resulting in six birdies against three bogeys.

“Well, I wasn't doing too good at the beginning, but I thought I could hang in there,” he explained. “If this fever just broke, I thought I would be all right. It finally broke on the front nine.”

He insisted that he never strongly considered withdrawing from the event, which benefits his foundation.

“No, you know me. I like to compete. If I can go, I can go. I'll give it everything I have. This is different. I wasn't in pain. Just was a little bit under the weather.”

Despite the solid round, which followed scores of 77-70 during the first two days, Woods remains in 18th place in the 18-man field. 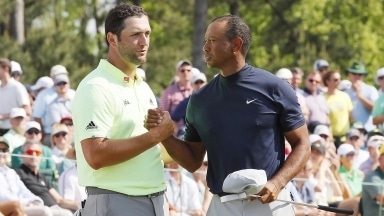 The biggest challenge facing Tiger Woods as he embarks on his 24th year on the PGA Tour will be tempering expectations.