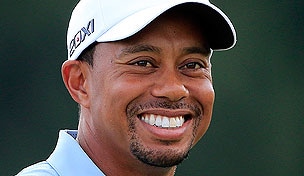 Feel free to believe the PGA Tour is more powerful than its most prominent member. Keep thinking that should a power struggle ever exist, the organization would overrule the individual.

There’s no right or wrong answer here, but there is some sizable proof toward the counterargument.

Unlike years ago, the autumn months are no longer golf’s Silly Season, replete with hit-and-giggle, rich-get-richer exhibitions. Nor is this even like recent campaigns, with journeymen and youngsters alike attempting to retain status before the calendar turns.

Instead, the PGA Tour has deemed this time of year the beginning rather than the end, starting its next season just weeks after the last one has finished. The irony hasn’t been lost on those potentially impacted.

“I'm still wrapping my head around it,” Tiger Woods said of the wraparound schedule in a delicious bit of unintentional wordplay.

At first blush, it appears that these tournaments will receive the same star treatment as when they followed the FedEx Cup instead of started it. Which is to say, not much at all.

In comparison to what? Glad you asked.

The fields for each of these official PGA Tour events pale are pithy compared with that of the Northwestern Mutual World Challenge, Woods’ late-year tournament which is equal parts Silly Season event (it hosts an 18-man field with no cut and guaranteed money) and official event (it doles out world ranking points to every competitor).

This year’s entry list for the 15th edition of what is usually referred to simply as “Tiger’s tournament” will read like a who’s who of elite golfers. Woods will compete, of course, as will five others in the current top-10 (Rory McIlroy, Steve Stricker, Matt Kuchar, Brandt Snedeker and Jason Dufner); six more in the top-20 (Johnson, Graeme McDowell, Jim Furyk, Keegan Bradley, Jason Day and Lee Westwood); and four in the top-30 (Ian Poulter, Ernie Els, Hunter Mahan and Bubba Watson).

With two players yet to be named to the field, that gives the World Challenge a perfect 16-for-16 in getting top-30 players to commit to the tournament.

If you’re scoring at home, that’s a first-round TKO for the PGA Tour’s most prominent member in any potential power struggle with the organization itself.

Granted, it’s always been this way, with Tiger’s tournament drawing better fields than anything officially contested in the autumn months, but never before has it come in direct competition with the start to the PGA Tour season.

“Word has spread,” Woods said in a Tuesday conference call to promote the tournament, which will be held Dec. 5-8. “We've always treated players well there. They've had a great time. It's close enough to the following year where some of the guys want to try and experiment with a few things equipment-wise, club deal-wise. They want to get a tournament in before they play Kapalua, the Hawaiian Open. Some of the guys have done that in the past.”

In effect, though, that’s exactly what many of these elite players will do this year. And the strength of this field has even dazzled the tourney host.

“I think we're all very surprised that we've got as many international players playing this year,” Woods continued. “The American players have supported our event throughout the years. Obviously it's easier travel if you're based in the States. The guys who are playing in the Race to Dubai, it's a bit more of a challenge to try to get them to play.

“But for some reason this year we've had guys wanting to play and have probably the best field we've had.”

That fact won’t be lost on those in Ponte Vedra Beach executive offices. Not that the purveyors of the new wraparound schedule expected the elite players to jump aboard immediately and start competing in season-opening tournaments that still own a reputation of being third- or fourth-tier events. But the simple fact that their most prominent member can host a tournament around the same time and receive such an entry list should be alarming, if not troubling.

Tiger Woods might not wield more power than the PGA Tour itself. Without question, such a statement must take into account much more than late-year fields at their respective tournaments.

Even so, a simple comparison of these events must be a source of consternation for the PGA Tour – and undoubtedly a source of pride for Woods.