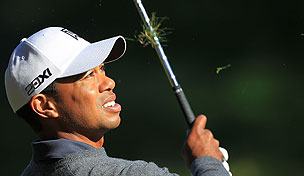 Confirming plenty of anticipation and speculation, Tiger Woods announced Monday that he will make his PGA Tour season debut at the AT&T Pebble Beach National Pro-Am.

Score one for the rumor mill.

Score one for everybody else, too. It’s a winning scenario all around. Woods gets another much-needed “rep” that he’s been hinting at since returning from injury last year; the PGA Tour gets to promote its biggest star on its most captivating stage; the television networks get a boost in the post-football doldrums; and golf fans get to watch Tiger in old but familiar surroundings.

Playing at Pebble will afford Woods an opportunity to get a West Coast start under his belt prior to the WGC-Accenture Match Play Championship, while once again competing on one of the game’s most iconic settings.

Let’s not be naïve, though: Like nearly every other career choice Woods makes, this one is a business decision.

On the surface, it seems like a head-scratcher. AT&T dropped Woods as a client on New Year’s Eve in 2009 following his highly publicized personal scandal. At the time, the company released a statement which simply said, 'We are ending our sponsorship agreement with Tiger Woods and wish him well in the future.'

While that direct partnership remains dormant, AT&T and Woods continue to forge other relationships. The company is a founding partner of the Tiger Woods Learning Centers in Orange County and Washington D.C. and the title sponsor of Woods’ own PGA Tour event, the eponymous AT&T National.

To his credit, Woods conceded the relationship played a role in the announcement on his website, saying in part, 'AT&T is a great partner to my Foundation, and I'm looking forward to playing in this event.”

Of course, he failed to mention how or why his commitment to the AT&T event at Pebble Beach could ensure renewed interest from the company in his own tournament. It is currently under contract as title sponsor through the 2014 season.

Even if that is part of a wink-wink, nod-nod backroom deal, Woods should hardly be scolded for being opportunistic and scratching a sponsor’s back. Though appearance fees are against PGA Tour regulations, there is so much overlap between players and sponsors that they can help each other in various ways that don’t involve simply handing over a fat paycheck.

If you still believe Tiger’s predominant justification for returning to Pebble is such admirable reasons as nostalgia toward the host venue and improving his tarnished image with fans, you need search no further than his other most recent scheduling decision.

Woods grew up playing junior golf tournaments at Torrey Pines, claimed the Farmers Insurance Open on the course a whopping six times and unforgettably won the 2008 U.S. Open there while playing on one leg.

This year, however, he has decided to forgo playing in the tournament, instead opting to begin his season at the Abu Dhabi HSBC Golf Championship, an event he has never before played.

His explanation? 'I've always enjoyed playing in HSBC events around the world,” Woods said, “so I have been interested in including the Abu Dhabi HSBC Golf Championship in my schedule for some time.'

As far as scheduling is concerned, Woods is the ultimate creature of habit. Once a tournament is off his schedule, it’s usually off forever – and he rarely adds a new one. So why the sudden interest in this one? It shouldn’t come as a surprise that HSBC “has been the key supporter of international initiatives for the Tiger Woods Foundation,” according to its website.

Consider this neither a compliment nor a criticism. It’s just the way things work. When scheduling his tournament appearances, Woods may take into account such factors as where it falls on the calendar or whether he likes the course, but company sponsorships and partnerships take priority above all else.

That goes for the upcoming AT&T Pebble Beach National Pro-Am, too. Tiger’s return to the event is a winning scenario for all involved, but rest assured, it’s not happening simply because he needed more reps.