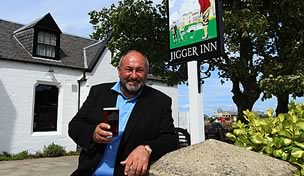 For the past 20 months, during Tiger Woods’ winter, spring, summer and fall of ongoing discontent, thousands of solutions have been offered by thousands of people who insist they can fix Tiger in about 15 minutes.

No doubt the Geico Gecko is somewhere on that list of potential fixers.

Everyone who has ever heard of Woods – much less met him – has the answer. The only surprise is that Woods hasn’t shown up on ‘Dr. Phil’ at some point. Of course, Dr. Phil doesn’t pay appearance fees.

Let’s go down the list of things that are not the reason why Woods sits in 104th place on the PGA Tour money list and 129th on the FedEx Cup points list.

– It is not his golf swing. You can slo-mo his swing, super slo-mo his swing, stop his swing altogether or break it down into 543 pieces, ala Sean Foley, and you aren’t going to fix the problem. Woods didn’t have the world’s best golf swing when he completely dominated the sport and he doesn’t need to have it now.

– It is not his Achilles or his knee. I’m sure they both hurt, don’t doubt that for a second. But the guy won the U.S. Open on a torn ACL and a broken leg. You think a little thing like a sore knee and an aching Achilles would have stopped that Woods from playing? Or winning? No way.

– It is not lack of play. Sure it would be nice if he played more often but this is a guy who didn’t play a competitive round between The Masters and the U.S. Open in 2008 – and won. Even after Hydrant-gate he came back to play the Masters after spending far more time in mystery-rehab than on the range or a golf course and finished T-4.

No. He needs Chubby Chandler.

Clearly the key to success in golf right now is to be represented by Andrew Chandler, the 58-year-old Brit who was an ordinary pro but has become an extraordinary agent. Chandler likes to tell people that he doesn’t aspire to represent the most players, just the best players. Well, as of this moment, Chandler’s players have won the first three major titles of 2011: Charl Schwartzel at the Masters; Rory McIlroy at the U.S. Open and now Darren Clarke – Chandler’s first client 21 years ago – at the British Open. That leaves Chandler one win away from the Chubby Slam if one of his guys wins the PGA Championship next month in Atlanta.

Oh, and if you’re keeping score at home, the man Clarke succeeded as the British Open champion was Louis Oosthuizen whose agent is Chandler. How defending PGA champion Martin Kaymer got away from Chubby no one knows.

The only problem for Tiger might be that Chubby already has a nickname. Tiger doesn’t call anybody by their actual name. His current agent is Steiny, his caddie is Stevie, his best friends on Tour through the years have been MO and Cookie. He was, no doubt, pleased for Clarkie this past Sunday and he’s still hoping to play for Triple D’s Ryder Cup team next year.

Chubby has been Chubby for years, dating back to his days as a player on the European Tour and, as people often point out, if you put him in a lineup and said, ‘which one do people call Chubby?’ 100 people out of 100 would pick him.

Tiger could call him Chubster, Chubber or Chubberoo. Chub might be tough because Clarkie appears to have staked that out already. But he could work a deal no doubt. Maybe he could make a trade with Clarkie: Steiny for Chub and a Nike commercial to be named later.

Of course there might be a few other issues to iron out. Chandler probably won’t want to give up his other clients at this point in his career and Tiger tends to need a full-time sitter. At most golf tournaments, both Steiny and PR guy Glenn Greenspan (Greenie) stick so close to their man that they have security.

Chandler isn’t a guy who likes an entourage. He doesn’t even like wearing a suit. Most agents look like their fallback job if agenting doesn’t work out is to model for GQ. Chandler looks more like he could model for Bowling Monthly most of the time. Actually he could fit in pretty well in most media rooms.

Steiny’s nickname on Tour is “Dr. No” because that’s the way his most famous client wants it. In the wake of Hydrant-gate, Steiny insisted he knew nothing about Tiger’s philandering and secret life. He was Sergeant Schultz (“I know NOTHING!”) to Tiger’s Colonel Hogan.

If Chandler had been Tiger’s agent he would have known what his client was up to. He might even have tried to convince Tiger that it was all a bad idea.

In which case one of two things probably would have happened: Tiger would have said, “Chubster, you’re fired.” Or, he might have listened and we wouldn’t be having this discussion.