Much has changed since Thanksgiving 2009, but not Tiger 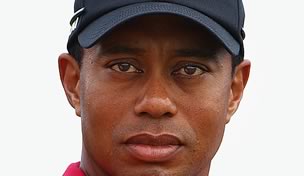 Most of us remember where we were and what we were doing the day after Thanksgiving two years ago. At some point during that afternoon, either on the Internet, TV or from a phone call, we heard that Tiger Woods had been involved in a minor accident early that morning.

No one knew that day how much that collision with a fire hydrant would change Woods’ life or how the ensuing seismic shock waves would resonate through the entire game of golf.

Woods has never been the same golfer. His personal life was blown to bits. His image took a hit that will never recover regardless of how many more majors he might win or sponsorship deals he might sign.

Golf has never been the same either. No longer does PGA Tour commissioner Tim Finchem proudly proclaim that the most famous and popular athlete in the world plays our game. No longer is every major reduced to a simple formula: Do you want Tiger or the field?

The question most asked about Woods’ golf game has gone from, “Will the man EVER miss a clutch putt?” to “Will he ever MAKE a clutch putt again?”

Everything, it seems, has changed. Except for one thing: Tiger Woods.

Even as he continues to keep the world at arm’s length, the only thing about Woods that is transparent is his transparency. He said he would be different, that he had learned a lot about himself and his failings in rehab. He was going to show more respect for the game; try to be more open and accommodating with fans and the media. He asked Finchem to stand behind him when he made his first public appearance and the commissioner – much to the dismay of many – did that. The implication, at the very least, was that Woods would be more supportive of Finchem’s Tour in the future.

Finchem’s one specific request was for Woods to announce where he was playing in advance so tournament directors and sponsors could use Woods’ presence to sell tickets and punch up corporate sales. Woods complied for a few months then went back to his secretive ways of the past.

Woods told the world he was sorry. He put his hand on his chest and clearly said, “I am SO sorry.”

One could almost picture him standing in front of a mirror rehearsing those words, putting his hand on his heart at the precise moment when he got to the word, ‘sorry.’

And he was sorry. Sorry he got caught. Sorry he had to act, for a little while at least, as if he had been humbled. Sorry he had to say he was wrong about anything, very sorry that the debacle affected his golf game.

His newfound ‘respect’ for the game lasted as long as his promise to Finchem. If the old Tiger didn’t come back when he was standing over a putt, it came back when he missed putts or mishit shots.

He continued to sign autographs at a rate of about one to every 1,000 Phil Mickelson signed. His mastery of the non-answer continued unabated. His priorities are still difficult to decipher. He talks constantly about the need for “more reps,” to get his golf swing where he wants it, then disappears from the game for lengthy periods. He could have played in Greensboro to give himself the chance to play in the PGA Tour playoffs but opted out using “family obligations,” as the excuse.

Completely healthy now he has played three times since the PGA Championship in August: Once, at Fred Couples request, in a Fall Series event to justify Couples selecting him for the Presidents Cup; once for a huge appearance fee in Australia; once in the Presidents Cup. He will play this week in an 18-man exhibition that he hosts for a considerable fee.

He won’t begin 2012 at Torrey Pines in San Diego, where he has started most years during his career, has won seven times and was the host of his last major title, the 2008 U.S. Open. Instead, he will go to Abu Dhabi for a $3 million appearance fee. That money will replace the money he received in the past to go to Dubai.

Why did he choose Abu Dhabi over San Diego and Dubai? His website says it is because he likes to travel to different places. If you believe that, you will be trying to stay awake waiting for Santa Claus to arrive on Christmas Eve. The change was simple: Dubai is sponsored by Omega. Woods just signed a new deal with Rolex. Woods may not be loyal to many people but he is loyal to those who pay him.

There is, of course, nothing wrong with making a business decision. Even for Woods, $3 million is a lot of money and, as he continues his rehab in the corporate world, it is understandable that he’d want to keep a new corporate sponsor happy.

One of the most honest moments in Woods’ life came in 2002 watching it rain during a pre-tournament practice round for the U.S. Open at Bethpage Black. A member of Bethpage’s grounds crew caddied for him that day and, while they were waiting out some rain, he said to Woods, “It must be great to travel all over the world the way you do.”

Woods looked at him and said: “I get to see a lot of airports, a lot of high-priced hotels and a lot of golf courses. That’s it.”

Candor like that wasn’t often a part of who Tiger Woods was back then. It isn’t part of who he is now. He is the same person today as he was before that fire hydrant intervened two years ago.

But it didn’t change Tiger Woods at all.