Youth - and Sergio! - reigned on Tour this season 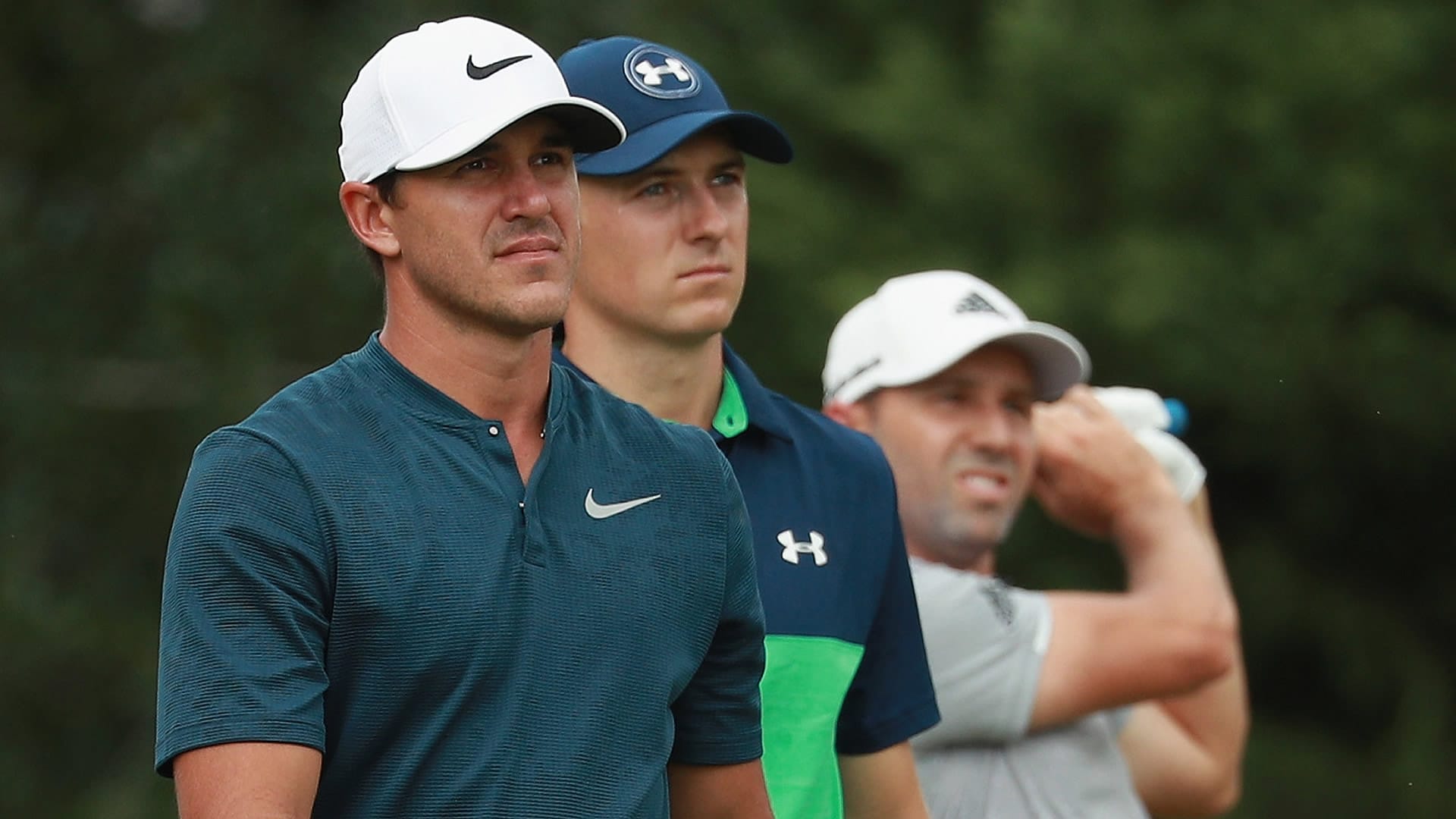 It was certainly no surprise on Sunday when one of the game’s talented 20-somethings walked off with the Tour Championship trophy.

After all, they had already won three of the year’s four majors and that didn’t take into account 22-year-old Jon Rahm, who won twice worldwide and, along with Jordan Spieth, Justin Thomas, Dustin Johnson and Marc Leishman came to East Lake knowing a win would guarantee the FedExCup and the accompanying $10 million bonus.

Sure enough, when the dust finally cleared late Sunday, there was one of the 20-somethings being handed a replica of Bobby Jones’ Calamity Jane putter, which is the new winners’ trophy for the Tour Championship.

It is a reasonable question to ask, given that a year ago Schauffele had to fight his way through the Web.com Tour playoffs just to get to the PGA Tour. His rookie year was already a success when he won The Greenbrier Classic in July, earning a two-year Tour exemption and an invitation to next year’s Masters.

What’s more, he needed a final-round 67 a week ago in Chicago to finish T-20 at the BMW Championship and sneak into the top 30 for Atlanta. Given the chance to play the last week of the season, he never blinked – except perhaps when he almost punched his two-foot birdie putt for the win at 18 past the cup. The ball did a near-360 but went in, leaving Schauffele laughing in both embarrassment and relief.

For Schauffele, it was the perfect finish. For the Tour it was almost perfect. A perfect finish would have been Thomas, who should be the unanimous choice as Player of the Year, rolling in his 25-foot birdie putt at 18 and going on to win the tournament and the FedExCup. Instead, he had to settle for second place in the tournament and the $10 million bonus for the season-long competition.

At 24, Thomas is now one of the sport’s elite players. His 2017 wasn’t quite up to the standard set by Spieth in 2015 when Spieth won two majors, five tournaments and that year’s big-money bonus. Thomas won five times too – including the PGA Championship – and just missed win No. 6 on Sunday.

This was a year filled with eye-popping performances. While Thomas was the clear-cut Player of the Year; Spieth the clear-cut runner-up and Schauffele the slam dunk Rookie of the Year, the moment of the year was just as clear-cut: Sergio Garcia winning the Masters.

There’s a famous opera called ‘The Flying Dutchman.’ It is about a sea captain who is destined to sail the world forever unless he can somehow find true love. Every seven years he finds land and is given the chance to find someone who will love him forever. In the Wagnerian opera, the captain DOES find true love – but only in death. After all, that’s the way all operas end.

Garcia was luckier. After sailing the seven seas of the golf world for 18 years without a major title, he found true love – new wife Angela Akins ­– and lived to win in Augusta this past April, coming from three strokes down on the back nine on Sunday to beat Justin Rose in a playoff. Mercifully, Garcia didn’t start singing an aria when his final putt went in the hole.

As it turned out, Garcia was the oldest of the year’s major champions. Brooks Koepka, who won the U.S. Open with a bravura Sunday performance was 27; Spieth was about to be 24 when he won in July; and Thomas, three months older than Spieth, was 24 when he won at Quail Hollow. Schauffele is 23; Rahm is 22.

That list doesn’t include Jason Day, who turns 30 in November, Rory McIlroy, who won’t be 29 until next May and Rickie Fowler who turns 29 in December. All are still young, it only FEELS like they’ve been around forever.

For all three, 2017 was mostly forgettable. Fowler won early and contended often, but didn’t win again. Neither McIlroy nor Day won at all, a stunning development. Day had to deal with his mother’s cancer and his own various health issues and a year that led to his stunning decision to fire Colin Swatton, his longtime mentor and caddie, although he kept him on as his coach.

McIroy also had injury issues. He never completely recovered from the fractured rib he suffered early in the year and, in 20/20 hindsight, it seems apparent he should have taken more time off before coming back to play. One can only hope he will take a lengthy break now and that we’ll see the real McIlroy again next year. It has now been more than three years since he won his last major in the darkness at Valhalla in 2014.

And Fowler? He is still without a major. No doubt that’s unbelievably frustrating for him and he’s probably pretty tired of giving congratulatory hugs to his buddies as they walk off with major hardware. It is worth noting though that some pretty good players were well past their 30th birthday when they won their first major: Ben Hogan and Phil Mickelson come to mind. Arnold Palmer was 28.

It’s far too soon for Fowler fans to panic. He’s far more likely to be Mickelson than Colin Montgomerie.

And what of Mickelson? His streak without a win of any kind dates now back to Muirfield in 2013, when he had perhaps his most satisfying win since The Open was the one major he honestly believed he might not ever win. He’s still got the U.S. Open left to complete a career Grand Slam, just as McIroy still needs a Masters and Spieth needs a PGA. Don’t think for one second that missing out on one major doesn’t weigh on the minds of those great players who win three of the four.

Palmer was in his 80s when someone asked if he could have won wish fulfilled late in life what would it be? “Win the PGA,” he said. Tom Watson once said he would trade three of his five Opens for one PGA.

McIlroy will still be 28 when he next plays the Masters; Spieth will be 25 at next year’s PGA. Mickelson will turn 48 on the Saturday of next year’s U.S. Open at Shinnecock. Clearly, the hourglass for him is close to empty.

In all, 2017 was one of golf’s better years in recent memory. The 20-somethings (19 wins and three of the four majors) dominated. That’s why the combination of Schauffele and Thomas hoisting the big trophies at East Lake was as it should be.

This is the second-to-last year that the Tour Championship will be played in late September. The Tour is already putting together a new, more compact schedule intended to move this event to the last week in August beginning in 2019. In all likelihood, the playoffs will take place in August and should draw more attention without football to compete with.

The change in schedule and format represents a great chance for the Tour to shake up the points system: create a true playoff with everyone starting at zero once the regular season ends.

And so, to put a coda on 2017, how about this: Thomas, Spieth, Koepka and Garcia were the year’s biggest winners, Garcia’s victory the most dramatic. And, it can be argued that Schauffele’s win in the finale was the most surprising. And, in all likelihood, he was the most surprised winner of them all.