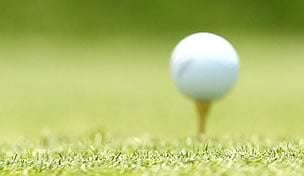 BETHESDA, Md. – Every Tom, Dick and Horace with a press badge has come up with a bulletproof formula to determine this week's U.S. Open champion, otherwise known as a tragic waste of energy. Knowledgeable golf fans, especially those with decent memories, know that picking winners in golf is like searching for your ball in two feet of fescue. Such guesswork is slightly easier to rationalize at the Masters, which is held on the same course every year and generally rewards a certain style of play. But the U.S. Open? Please.

Ninety percent of you don’t care who I like and the other 10 percent hope I'm wrong, to borrow a line from three-time champ Hale Irwin. Five of the last six winners wouldn't have been favored in their own households, a group headlined by Michael Campbell (2005), who proved to be the second coming (and going) of Orville Moody. When Phil Mickelson turned into Leon Lett and fumbled at the goal line in 2006, Geoff Ogilvy was there to scoop up the trophy, but he hadn't done much to that point in his career and certainly wasn't on anyone's short list heading into Winged Foot.

Angel Cabrera, Lucas Glover, Graeme McDowell – nobody can claim to have picked those guys before they hoisted the hardware. Of course, forecasting a winner can be kind of fun, if only for a minute or two, but like this column, probably shouldn't be taken too seriously. It is a harmless exercise in futility, something a sportswriter can bang out in an hour or so if he has his own round of golf to play that afternoon, but at the end of the week, there is virtually no recall on whom anyone thought would win the tournament four or five days earlier.

Did you have Steve Jones edging Tom Lehman and Davis Love III in 1996? A local qualifier beating two of the best players in the world at the time?

Retief Goosen has won two U.S. Opens, the second featuring one of the best clutch-putting exhibitions of the modern era, but on the road to both titles, Goosen was the beneficiary of mistakes made by others. No tournament defines one man's triumph through the failure of others quite like this one.

Spare me the charges of negativity, for it is all part of the master plan as drawn up by the organization that runs our national championship. As the U.S. Golf Association sees it, mental endurance and competitive durability are as much a part of the winning bromide as the ability to hit fairways and hole four-footers for par. The difficult conditions make it a 72-hole grind, and thus, we've seen very few blowouts at a U.S. Open over the years. Jim Furyk won comfortably in 2003. Tiger Woods obviously dismantled everyone and everything in his path in 2000, nor was he seriously pressured down the stretch in '02.

Otherwise, the title has been decided on the final three holes just about every time since 1993. For every epic duel such as the one between Payne Stewart and Mickelson in ‘99, there are far more instances of a late flinch. Philly Mick on several occasions, each seemingly more obvious than the one before it. Colin Montgomerie at Congressional in '97, Woods to a certain extent in ‘05 and ‘07, Ernie Els at Pebble Beach last year.

You might identify this group as full of the best players of this generation, guys a lot of people had winning the previous Wednesday. If you have a sense of humor, you might surmise that it's not whether you win or lose, but how you take the blame. This is a U.S. Open, however, and it's all about whether you win or lose. Just ask the gentlemen who have done both – and all the folks with faulty crystal balls.