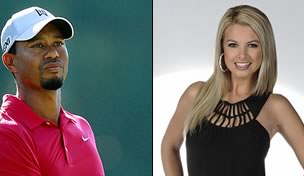 Getty Images
AUGUSTA, GA - APRIL 09: Dustin Johnson watches a shot on the 18th hole during the third round of the 2011 Masters Tournament at Augusta National Golf Club on April 9, 2011 in Augusta, Georgia. (Photo by David Cannon/Getty Images)  -

Johnny Vegas – not to be confused with Jhonny Vegas – here with the early (and very unofficial) line on 2012, otherwise known as a betting man’s guide to the upcoming golf season. From Tiger Woods’ latest to the not-so-greatest, your guess is as good as mine. Good luck getting yours posted on a website.

Odds on United States reclaiming the Ryder Cup: 6-to-7, or slightly better than 50 percent. I was loopy enough to pick the Freddies over the Sharkies at Royal Melbourne, and I see no reason to turn unpatriotic now. For all the noise made out of Camp Euro, America has more top-level players, a better qualification system and home-field advantage. By the way, anyone seen Graeme Mcdowell lately?

Over/under on total number of PGA Tour victories by the Dude in the Red Shirt: 2.9. That Chevron triumph was nice and all, but there aren’t a whole lot of regular-season Tour stops with 18-man fields. That said, Woods finally is trending north again. The Haney-era dominance seems like decades ago, the Butch barrage ancient, but Sir Eldramatic still has a pocketful of Ws left in him.

Odds Phil Mickelson will return to top 5 in world ranking before Easter: 3-1, and I’m being a bit gracious there (he’s currently 15th).

Who pops off first, Steve Williams or Bubba Watson? Not an easy race to handicap, folks. Given that we’re smack-dab in the middle of the NFL playoffs, I’ll make Stevie a three-point favorite, primarily because Bubba is well-rested and won’t get within 5,000 miles of France before March.

Most likely to win a major championship: Rory McIlroy (3-1). His golf ball goes where he tells it to go — at least it has since it made that sharp-left turn toward Butler Cabin. McIlready is fully aware that he’s poised on the cusp of super-duperstardom, and those tournament-killer rounds appear to be a thing of the past.

Odds Win McMurry will repeat as champion of the Golf Channel Fantasy Challenge: 5-1. Anyone who spends that much time in the Orlando studio is sure to be a handful, but back-to-back? Picking winners of golf tournaments is like fishing for guppies with a net. Not for nothing, I wouldn’t bet on myself with your money.

Who will finish the year higher in the world ranking, Sergio Garcia or Adam Scott? Dual headliners in the Fallen-Phenoms-on-the-Upswing division, both matinee idols revived their careers in 2011. Scott currently ranks sixth in the world, Sergio 18th (you win a couple of soft-field events on your home turf and, just like that, you crack the top 20). That said, Scott is a solid six-point favorite in my parlor. His dramatically improved performance in premium-field events last year hints at big things ahead, and though his caddie should stay away from all microphones, Stevie’s a good man to have around late Sunday afternoon.