Who inherits Sergio's 'Best Without a Major' title? 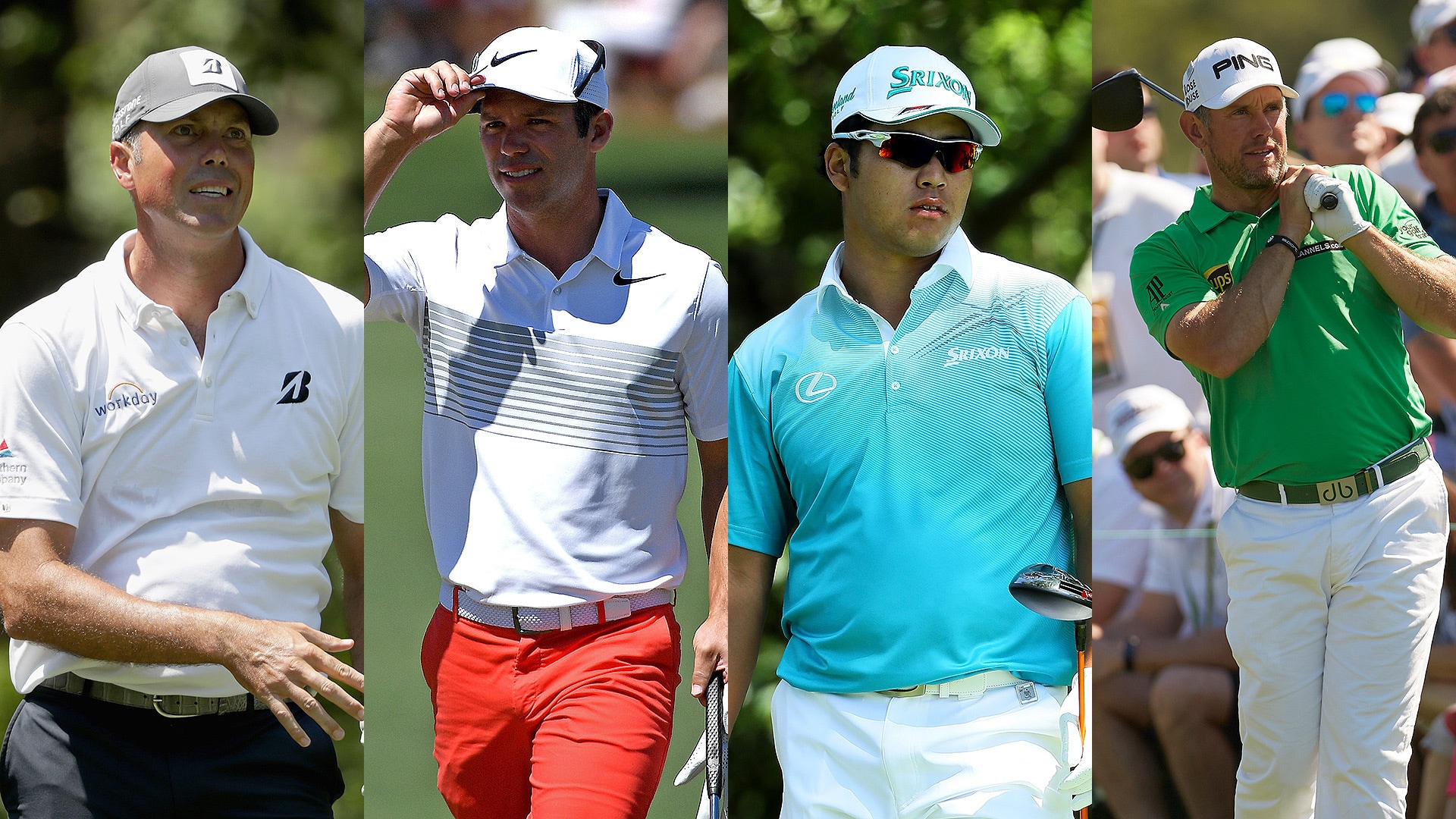 Before his breakthrough victory at Augusta National, Sergio Garcia had played in 73 major championships without a win. The 73 major starts before an initial victory is the most in the history of the men’s game.

For the better part of his career, Garcia had been pegged with the dreaded title of ‘best player without a major.’ The label was difficult to dispute – Sergio racked up 22 top-10  finishes in majors before his first victory (also a record in the history of men’s professional golf).

Garcia was closing in on the record for most top-10 finishes in majors without a win all-time. That title still belongs to Ed Dudley, who had 24 top 10s in majors between 1925 and 1944, but never won.

The game has seen six straight first-time major winners: Jason Day, Danny Willett, Dustin Johnson, Henrik Stenson, Jimmy Walker and Garcia. It’s the longest such run of first-timers since a stretch of nine straight from 2010 to 2012. In turn, the list of ‘best players without a major’ has been flipped on its head, with Garcia’s green Sunday being the biggest elephant to stroll out of the room for good two weeks ago in Georgia.

So with Sergio gone, who now is the best player to have never won a major championship?

In an attempt to answer one of golf’s favorite questions, I tried to come up with a formula that integrated career success and major championship performance in a way that properly evaluated how close a player has been to winning a major for the first time. The elements of the formula – slightly modified from the original method I came up with years ago - are:

The most foreign concept, and an element worth further explanation, is “major points.” For every second-place finish, a player receives nine points. For a T-2 finish, a player receives 8.5. Solo third place would get eight points. This ladder-like trend continues down through a tie for 10th place. The purpose of this is, for example, to give a player more credit for finishing third than eighth.

The complete math, for the sake of full disclosure, looks like this:

So who tops the Almost Index as we head to Erin Hills? Three notable players to finish just outside the top five are Branden Grace (18 Almost Index points), Rickie Fowler (19.03) and Brandt Snedeker (20.03). On to the top five…

Perpetual top-10 machine Kuchar has racked up six wins in his career worth 50 or more OWGR points, tied with Rickie Fowler for most among players in this analysis. Kuchar’s tie for fourth at Augusta National last weekend was his eighth career top-ten in a major championship, all of which have come since the beginning of 2010. If Kuchar is going to break through and win any major, the Masters would be the most logical location: since 2012, Kuchar is a combined 10 under in the Masters, fourth-best of any player in that span.

A prolific winner in Europe, it’s still difficult to grasp that Casey has only one win on the PGA Tour. Casey has ascended as high as third in the world ranking in his career, aided by several high finishes in majors, but no victories. Casey’s most logical major breakthrough also might be at Augusta National: Paul is the only player to finish sixth or better in the Masters each of the last three years.

The young Matsuyama’s placement on this list may cause the most raised eyebrows, but consider this: Hideki has four wins already in his career worth 50 or more OWGR points. That’s more than Grace, Brooks Koepka, Alex Noren, Tyrrell Hatton, Ryan Moore and Jon Rahm combined. Add on nine other wins around the world, and at least one top-10 finish in his career in all four majors, and you get to No. 3 on this list. Hideki is already the most prolific winner from Japan in the history of the PGA Tour. It’s tough to imagine him not also becoming the country’s first major champion.

At 96th in the world, Donald is a long way from his halcyon days as the No. 1 player on the planet. But consider all Donald has achieved, short of that flagship major title: 16 wins around the world, five top-five finishes in majors, and 77 top-10s in his PGA Tour career. Luke spent 220 weeks inside the world  top 10 between 2006 and 2013. During that span, he landed in the top 10 eight times in majors, the best finish coming at the 2006 PGA (tie for third). Donald has missed the Masters each of the last two years, and is without a top-10 in any of his last 13 major starts.

Only seven players in the history of the European Tour have claimed more victories than Lee Westwood. He’s risen to No. 1 in the world, been a Ryder Cup stalwart, and is eighth all-time in top-10 finishes in Europe. Westwood was the first player in European Tour history to reach €30 million in earnings, and is unquestionably one of the best international players of his generation.

But it doesn’t get more “almost” than Lee Westwood in majors.

Dating to the 1860 Open at Prestwick, there have been exactly 500 different players to finish first, second or third at least one time in a men’s professional major championship. Westwood is one of those men: he has finished third or better nine different times in his career.  Dating back 157 years, that is the most second- and third-place finishes in majors by any player to never win.

Westwood has 18 top-ten finishes in the majors since 1997. During that span, only Tiger Woods, Phil Mickelson, Ernie Els, Garcia and Jim Furyk have more. Those five players have combined to win 25 major championships.

And consider all the opportunities Westwood had entering Sundays in majors: since 2008, Lee has been in the top 10 after 54 holes in a major 15 times. There isn’t a single player in the sport with more such instances during that stretch.

Westwood hasn’t been the polarizing spectacle of Sergio, or experienced the memorable Sunday heartbreak that Johnson did, but it’s tough to imagine a more potential popular major champion than Lee would be should he break through.

Until then, he’s unquestionably the most accomplished player in golf today without a major.