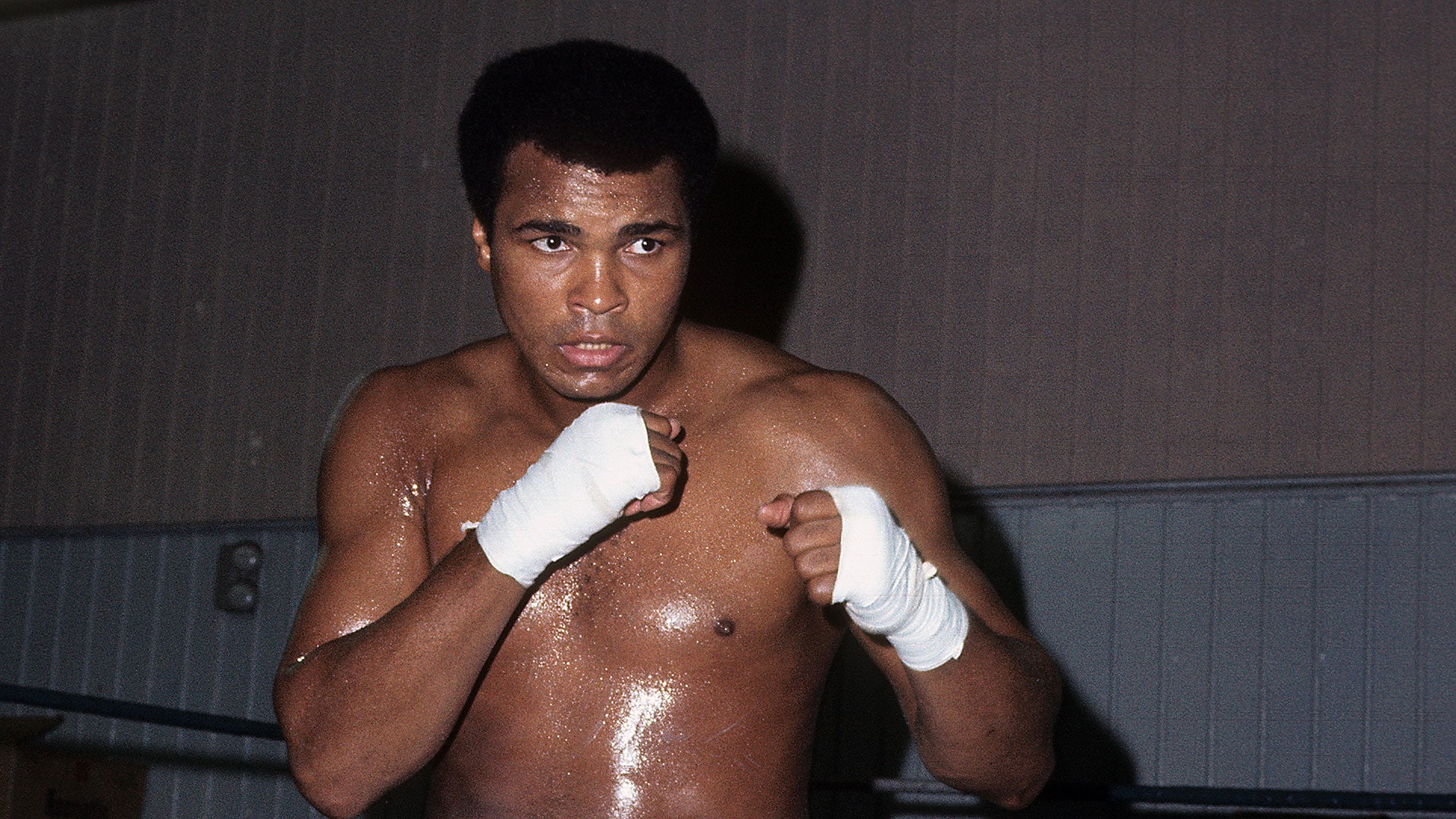 The world awoke this morning to the sad news of the passing of Muhammad Ali at the age of 74.

One of the greatest heavyweights of all time, Ali’s boxing prowess was surpassed only by his cultural impact.  He was infatuating, inspiring, controversial and polarizing.  You couldn’t take your eyes, or ears, off Ali.

“Braggin’ is when a person says something and can’t do it.  I do what I say.”

Did he ever. In 61 fights, he won 56 times, 37 by knockout.  His biggest bouts became social and pop phenomena: the defeats of the menacing Sonny Liston, the rope-a-dope of George Foreman in Zaire, the “Thrilla in Manila” with Joe Frazier.

So consummate was his dominance that Ali is still used as a standard of judgment.  Who was the Muhammad Ali of golf?  Jack Nicklaus for his control of golf’s biggest bouts, Arnold Palmer for his ability to connect beyond the ring or Tiger Woods for his competitive and global renown?

But Ali’s impact was felt far beyond the ring. He wasn’t afraid to take powerful punches in the public arena. At the age of 22 he converted to Islam, changing his name from Cassius Clay to Muhammad Ali.  He defied the draft during the Vietnam war, famously declaring "I ain't got no quarrel with them Viet Cong. … No Viet Cong ever called me n----r." Convicted of draft evasion, he paid a heavy price. Stripped of his passport and denied a boxing license in every state, Ali did not fight from March 1967 to October 1970, from age 25 to almost 29 while his case worked its way to the Supreme Court, where he his conviction was unanimously overturned.

We do not know how often Ali swung a golf club, but we do know the first time.  In the October 1974 issue of Golf Digest, Ali was featured in a series of pictures capturing his golf swing. Yes, his golf swing.  According to Golf Digest, after meeting Ali at the Stardust Country Club in Mission Valley, Calif., golf pro Brad Wilson asked the boxer to swing a golf club while he took pictures with his Polaroid sequence camera. 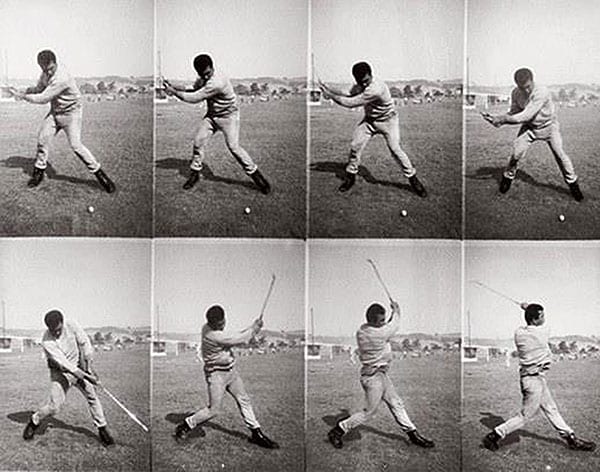 Wilson handed Ali an 8-iron. “How do you hold this thing?” Ali asked. Wilson helped Ali grip the club like a baseball bat. “What do I do now?” Ali asked. One of Ali’s trainers, Drew Bundini Brown, said, “Just hit the ball, Champ, just hit the ball.”

Ali hit “what Wilson said was a surprisingly straight, 140-yard shot,” and followed with another solid strike. “Look at that ball go,” he declared with glee. “Nobody can knock the ball that far, nobody but me, the great, the one and only Muhammad Ali!  Nobody can beat Muhammad Ali!  Not Arnold Palmer, not Jack Nicklaus, not nobody!”

For someone who was so strong and virile for so long, 74 seems far too young to pass. But sadly, we had become accustomed in recent years to watching Ali’s physical diminishment due to Parkinson’s disease, his body ravaged by the brutality of his path to greatness.

Ali’s daughter Rasheda tweeted, “…You are no longer suffering and now in a better place.”  The world has Muhammad Ali to thank for the places that he took us. 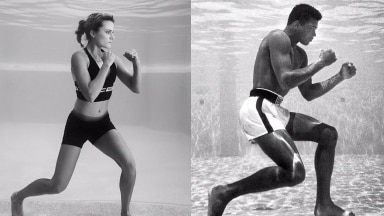 Lexi Thompson recreated one of Muhammad Ali's most famous photos, showing it on what would have been his 75th birthday. 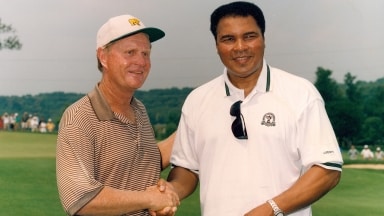 A couple of the game's greats in Jack Nicklaus and Gary Player released official statements on Muhammad Ali's passing. 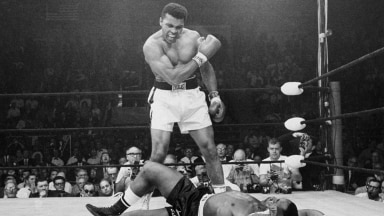