Life goes on for Jeff Julian and family, Part I 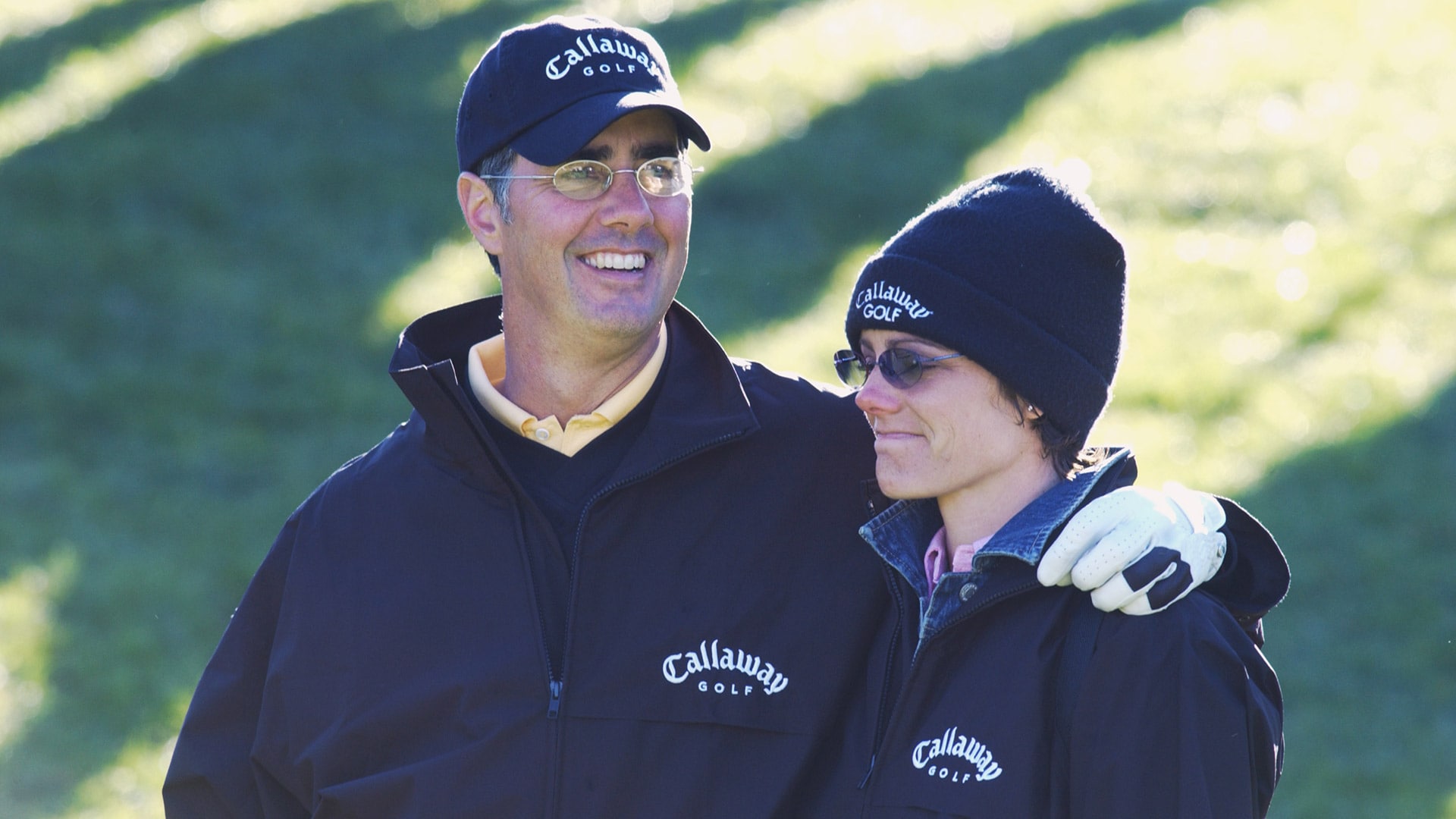 Matthew Hegarty lights a cigarette. He flicks the ashes outside the cracked window of his rental car while the man in the passenger seat holds a one-way conversation.

Matthew's not being rude to his new acquaintance – under normal circumstances he would out-chat the chatter. But now he's starting to get a little nervous.

A little levity is given when he sees the signs acknowledging the baffling fact that Branson, Missouri, is home to Jakov Smirnoff.

Hegarty, however, is not there to see the 1980's Russian comedic icon. He's made the four-hour trip from Kansas City to Branson under more serious circumstances.

Hegarty is a producer for Golf Channel and he and his cameraman are headed to the home of Jeff Julian. Hegarty is working on a 1-hour special entitled "Courage on the Fairways," which tells the stories of Julian and Bruce Edwards, and the disease that has stricken them both – amyotrophic lateral sclerosis (ALS).

Hegarty and his cameraman finally reach their destination. They park alongside the curb outstanding a modest ranch-style home.

They exit the vehicle and walk up the driveway. Matthew swings open a wrought-iron gate just as a woman opens the brown, wooden door it shields.

The woman is dark-haired, athletic and classically attractive. She has beautifully tired blue eyes.

Matthew and cameraman greet Kim Julian and her parents as they enter. They then make an immediate left turn and step inside an entertainment-room-turned-office.

There, in a wheelchair, facing a closed armoire, sits Jeff Julian.

"Matt," welcomes a computerized voice that Jeff now uses as his own. 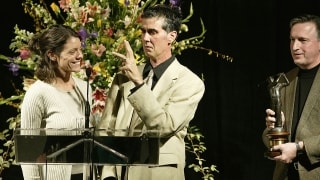 Life goes on for Jeff Julian and family, Part II

Part II of the story of Jeff and Kim Julian, as Jeff battles ALS alongside his wife and family.

At first look you might feel sad or sympathetic, shocked even. Here a handsome 42-year-old man who stood 6-foot-2 and weighed nearly 200 pounds, a man who was a professional athlete, sits in a wheelchair that seems to swallow his frail body. He has no use of his right arm and can only use his left hand to steer his electric legs. His right leg is immobile, leaving the left as his only fully-functioning limb.

He sports a red Boston Red Sox hat, not to cover his graying hair, but to extend pride in his most favorite of teams. He has a neatly trimmed salt-and-pepper goatee. His jaw trembles uncontrollably. A ventilator pipes oxygen directly into his trachea. His thinness creases his jeans.

But if you look past the physical deficiencies, you'll see the real Jeff Julian. Not the outer-shell, but the man trapped inside.

It's in his eyes.

There's a lot of life left in those eyes, if his body would just allow it.

The interview is conducted in this makeshift office. The room is filled with caddie bibs procured from many of the PGA Tour events in which Jeff competed when he was a member in 2001 – he also played the Tour in 1996. There are trophies, including the Ben Hogan Award, recognizing his courage in his fight for survival, he received from the Golf Writers Association of America last year that rests on an air-hockey table.

And there is a large Curt Schilling-signed Red Sox jersey which reads: "Thanks for being a friend and inspiration! God Bless."

Schilling, since his days with the Philadelphia Phillies, is a long-time supporter of finding a cure for ALS. It is commonly referred to as Lou Gehrig's disease, named after the famous baseball player – Schillings hero – whose life it took in 1941.

"He's always a phone call away if we ever need anything," Kim says of the flame-throwing pitcher, who, much to the delight of Jeff, was signed by Boston in the off-season.

And that's the way it is with most of the people who have crossed paths with the Julians.

Many have offered their support, both emotionally and financially. There have been charity golf tournaments to raise money for the Jeff Julian ALS Foundation. Tom Watson, who has employed Edwards as his caddie for 30 years, conducted a 45-minute clinic at this year's event.

The money is very important. Despite having a great insurance plan, the costs – just monetarily speaking – of taking care of an at-home ALS patient are enormous.

Kim doesn't work so that she can stay full-time with Jeff. Her father, who along with her mother lives in Branson, came out of retirement to help create some income.

"I think the boys have dealt quite well with it," says Kim. "Their grades are good and that's where we look – and they're not getting into trouble. They are both very supportive of Jeff and are ready to help him with anything."

"We couldn't do this alone, without family and friends, and the Tour," she adds. "Unless you're living with this it's really difficult to understand how hard it is to fight."

The two of them have been fighting since Jeff was first diagnosed in the fall of 2001.

Doctors told Jeff he had Bulbar ALS, a more severe form of the disease. It affects the corticobulbar area of the brainstem, which controls the muscles of the mouth and tongue. Normally, the disease works its deconstructive way to this area. It started there with Jeff.

Julian, a winner of the 1997 Dominion Open on the then Nike Tour, played seven events on the 2002 PGA Tour after being diagnosed. He used those sponsor's exemptions to add some normalcy to his life as well as to raise awareness for the disease.

His last event was the 2002 Greater Hartford Open.

"I would say playing on after the diagnosis is my greatest contribution (to golf), though it wasn't meant to be that," Julian says through his computer.

"I would say the progression was very slow at first, but at the beginning of February, it started to progress very quickly," Kim said.

"All of a sudden, it went into his right hand and then we knew it was going into his limbs. We kind of hoped it would just stay where it was, and he would just lose his speech, but wishful thinking, I guess."

Kim doesn't yet need a tube to feed Jeff. She uses a specialized blender to puree his food for him, so that he can eat at the table with the rest of his family.

"That thing will puree rocks," she joked.

Jeff still has his sense of humor as well.

"It's difficult to deliver the punch line," his computer voices as he cracks a smile. "Its not easy to be funny in a monotone, mechanical voice, but I like to try anyway."