New phase for Daly, but not everything's changed 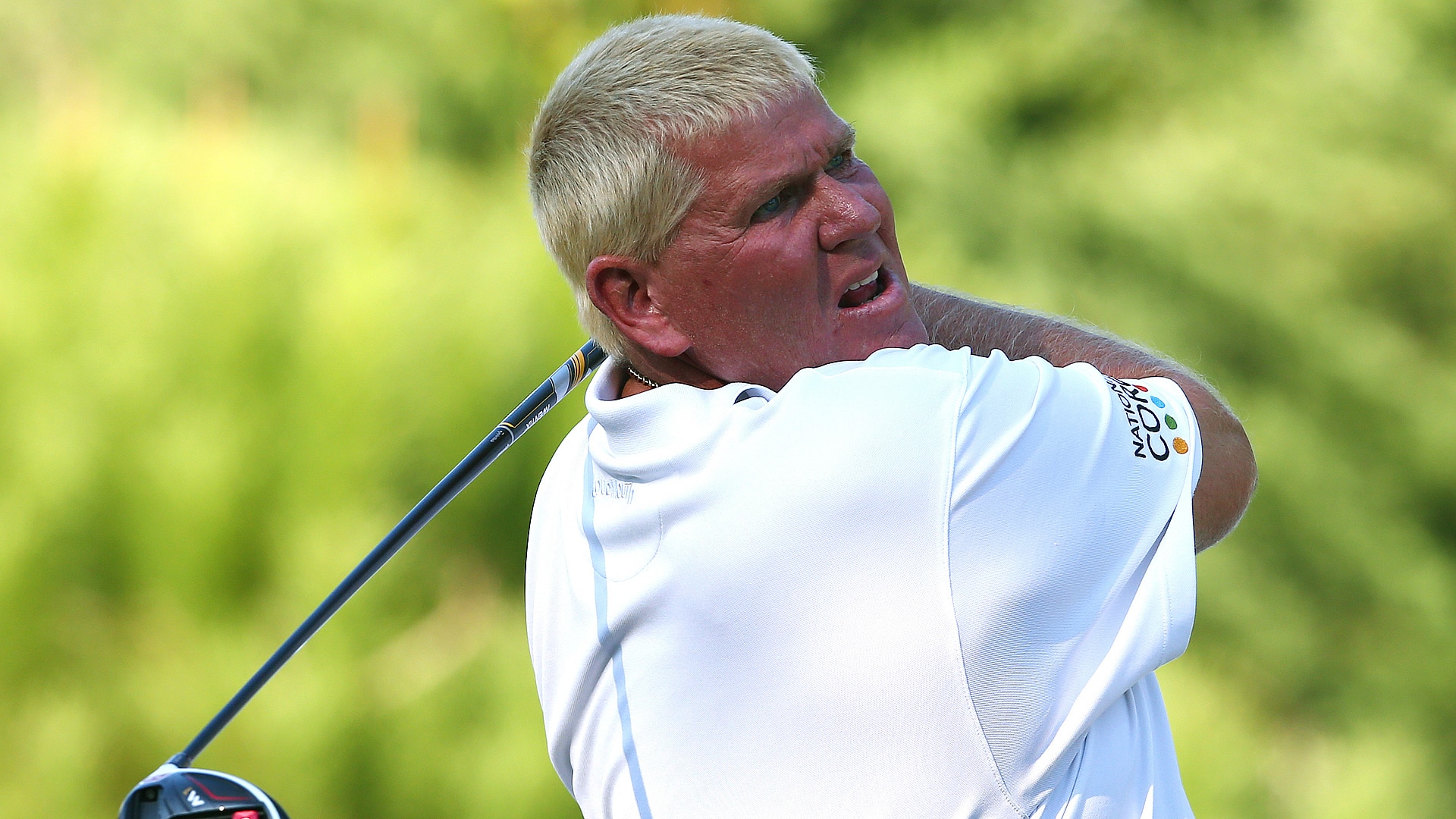 THE WOODLANDS, Texas – John Daly has been thinking about this week for a while.

That was 10 years ago, January 2006. Daly was in Los Angeles to promote a Golf Channel show about his life. He hadn’t yet turned 40 and still had full-time PGA Tour status.

And here he is today, alive and, by his account and visual perception, doing well. A card-carrying member of the PGA Tour Champions.

He’s about the same size now as he was then, still has a full head of blonde hair. The difference is in his face. The lines are a little more prominent, the texture a little more weathered. But, if you knew Daly back then, you wouldn’t mistake him for anyone else now.

It’s 8:18 a.m. local time and “The Devil Went Down to Georgia” is blaring on practice range speakers. Daly is on the first tee at The Woodlands Country Club, host to the Insperity Invitational, waiting to begin his fourth pro-am in as many days.

He’s adorned in a solid red shirt, with paint-splashed pants. There is some red, yellow, orange, maybe teal in there. He lights a cigarette, poses for some photos, signs some autographs, jokes with his playing partners, tees up his ball and smacks a driver. He jumps in his cart, twists open a Diet Coke and says to himself, “OK.”

This scenario continues hole after hole. Cigarettes, Diet Coke, photos, signatures, backslaps and jokes, some not suitable for print but all amusing to the group. The only interchangeable part is when he swaps out driver for a 1-iron, off the tee.

The golf, on the whole, isn’t particularly inspiring (hey, it’s a pro-am), but it is lively. As long as one guy can make 4 for 3, that makes the everyone happy. It happens on the first hole, when one of the amateurs chips in for par. Daly nicknames him Dr. Chipinski and the group runs with it. One guy won’t stop saying, “Dr. Chipinkski.” He just won’t stop.

Daly’s best shot, early in the round, comes on the 158-yard, par-3 third. It’s a very old-school scene. His irons are plastered in lead tape and he uses one of them to stick his tee ball to 6 feet. There is no deliberation over the ball, no practice swing. The green clears, he takes a stance and takes a lash. A cigarette dangles from his lips. The hole, ironically, is sponsored by “Golfers Against Cancer.”

Daly is a great fit for the senior circuit, and vice versa. Four consecutive pro-ams is a bit exhausting, but this won’t be an every week occasion. Daly is trying to play his way into competitive shape and this is how it’s done on the PGA Tour Champions. Pro-ams and sponsors are vital.

“John has done everything we’ve asked,” Bryan Naugle, Insperity Invitational executive director, said. “He’s never said no. Done it graciously. He understands what this is all about.”

Life is good, Daly has said repeatedly over the last few days. He’s got his private life in order and that’s a positive for his professional one, he says. He said the same thing 10 years ago. Maybe this time he’s found his sweet spot.

Daly believes he’s better off weighing 250 pounds, rather than 180. It’s a matter of comfort. He’s abused alcohol, but still drinks when it suits him and even has a signature line of sweet tea/lemonade vodka. He admits to losing more than $55 million in gambling but still likes the slots – just at $25 a pull, not $5,000. He smokes two packs a day, and not even a collapsed lung last year could curb that habit. He’s been engaged since December 2014; four failed marriages have not deterred him.

Many view Daly as Everyman. But he is an excessive man.

Managing those excesses has been a lifelong struggle. Others have tried to pave a way to recovery, but Daly believes you can’t change because someone else desires it. “Change is very, very difficult,” he said recently.

You have to deal with your problems in your own manner. That’s the Daly way: His life, his terms, his rationale. He doesn’t want to turn away from his vices, just turn the volume down.

There are regrets, but nothing he dwells on. “If I lived in the past,” he says, “I’d be dead.”

He wishes he could combine his talent in the 1990s with his mindset in the 2000s. But, “all that money was coming in and I didn’t work hard enough at it. ... I didn’t do the right things to prepare myself to win golf tournaments.

“I’m just kind of a grinder now, but I think my mental attitude is 10 times better than it was in the ‘90s.”

Things can change, if you want them to – to the degree in which you want. It just takes time and effort. For such a visible person, if there is a difference between Daly in his 20s and 30s, compared to his 40s and now 50s, it has occurred outside of public view.

Daly looks, sounds and behaves the way most of us remember. And, on this day, in this season of life, those aren’t all bad things.

He’s got a belly he can use as an armrest and the smoker’s cough is a bit concerning. There is always the lure of temptation. But this is John Daly’s life and, despite even his own doubts, he’s made it to 50.

By the time Daly reached the par-3 16th on Thursday, his crowd had grown to 30-plus. That hole has a plaque below the tee sign that reads: “John Daly lashed a 191-yard 6-iron shot into the cup for a hole-in-one during the final round of the 1994 Shell Houston Open. Daly used the momentum he gained here to win the following week in Atlanta.”

Twenty-two years later, Daly had to settle for a 2. His group finished at 16 under, five shots behind the winning team.

After his round, Daly posed for more photos, signed more autographs, shook more hands and then, finally, broke from the crowd and settled into the sanctuary of the Loudmouth booth overlooking the 18th green.

There, he posed for a few more photos.

“It’s been a long week and I’m a little tired,” Daly said. “But I’m excited to get it going.

“Been counting down (for this week) like a 5-year-old waiting for Christmas to come.”