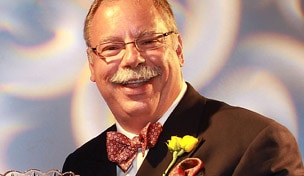 Phil Mickelson is starting his 2012 at the Humana Challenge and Alex expects some good things this week because Phil has had a lot of success in the past in this event but he is also a bit unsure about the larger picture because we have not seen Phil since last November in Australia at the Presidents Cup. When it comes to Majors, he believes that Phil understands that his window to win is closing and as the number of opportunities shrink, there is more urgency to win.

Bill Clinton is investing a lot into the Humana Challenge and there are also a lot of changes. Even before Bob Hope passed away, the event struggled to get big names and since the Humana Challenge has decided the reduce the number of celebrities, the field has seemed to improve because the names of both the pros and amateurs participating are bigger than they have been in the past. 2012 will be a good year but he thinks that it will get much better in the future.

Alex Miceli will join Gary Williams this year as part of a new Golf Channel program called “On the Range.” Miceli will be on the road nearly every week as a part of this program and it will air Wednesdays at 8PM ET.