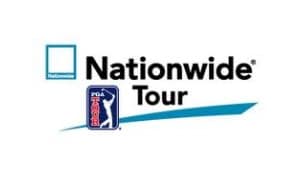 Getty Images
AUGUSTA, GA - APRIL 09: Mother of Tiger Woods, Kultida Woods, looks on from the gallery during the second round of the 2010 Masters Tournament at Augusta National Golf Club on April 9, 2010 in Augusta, Georgia. (Photo by Jamie Squire/Getty Images)  -

Calfee would love to see the number of tournaments and the amount of money offered increase. He would like to see new events in New England as well as the mid-west domestically and he would like to see an event in Brazil internationally. The Chiquita Classic is moving from Ohio to Charlotte, NC and Calfee is excited about the new opportunity and the association with the Wells Fargo Championship on the PGA TOUR.

Over the years, more players who graduated the Nationwide Tour were able to retain their cards than those who graduated from Q-School. While Q-School is very exciting, he feels that the year-long process is a better way to determine readiness for the PGA TOUR and the proposed changes for 2013 will try to reflect this belief. Nationwide is ending its sponsorship of the tour after 2012 and potential new sponsors are very bullish on the proposals for making the developmental tour the exclusive path to the PGA TOUR.

He made a comment on Facebook recently where he said that as a traditionalist, he is not a fan of long putters or of anchoring the putter. Calfee thinks that the genie is already out of the bottle on this issue and while he disagrees with the method, he doubts that a ban will actually happen because too much time has passed.

When asked what rule he would change in the Rules of Golf, he said that he could not come up with one because he was very happy with the Rules the way they are and feels that they do a great job in maintaining golf as a game of tradition and integrity.

When it comes to the question of separate rules for pros and amateurs, he could see how two sets of rules can co-exist with each other. If the anchored putter works, he thinks that the amateurs will use it even if it is banned for professionals. He said that if he can make more putts with an anchored putter, he would use it as a non-competing golfer and if he was not making more putts, he would not use it.