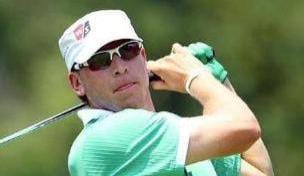 While Ricky Barnes is a member of the PGA TOUR, his father Bruce was at one time a punter in the NFL who spent two seasons with the New England Patriots. Bruce has seen the Patriots grow a great deal since he played for them and said that he does still have some allegiance to them although he would tend to root for the Raiders before the Patriots.

Ricky played football in high school as a left tackle as well as basketball and golf. He also played tight end in football before deciding on golf but he grew up playing a lot of sports and was definitely inspired by his Dad. Ricky was 13 when he decided to take on golf seriously and he would play in a number of junior tournaments. Ricky could shoot low scores and he enjoyed playing in tournaments as well as with his Dad.

Something that transcends all sports is the phrase “leave ‘em alone.” No matter what sport your child plays, you must never push them to play a certain sport just because you played the sport or just because you like the sport. Bruce said that he always made himself available to his kids but he never pressured them. Ricky countered that when he played soccer in high school, his Dad would not watch his games because there was not enough scoring in the games. Bruce added that he would take a little TV with him so he could watch other sports.

The Ricky Barnes Foundation is something that he and his wife had discussed for a very long time but after becoming parents for the first time, they felt that this was the time to begin the Foundation. They will be hosting their first annual golf tournament in Stockton, CA to raise money for the Foundation and they will be working with organizations like The First Tee and also raising awareness for causes like childhood obesity. Ricky said that when he was younger he was overweight and he worked very hard to get in better shape so he can appreciate how much better life can be if you are healthy and if you are the proper weight.

When you play the 16th hole at TPC Scottsdale, you have to take a deep breath before you go into the “Coliseum” and to adjust your club selection for the adrenaline that you would feel being surrounded by 20,000 people. He does not think that there should be a hole like that every week but once a year is great for the game.