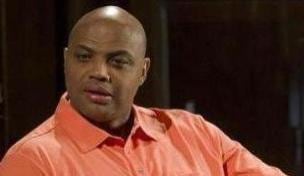 When asked if whether or not he has thrown away his fat clothes since he has lost weight, he says that he has not because he has to wait to get new clothes made for his new physique. He has lost about 55 pounds and hopes to lose more weight.

He has not played much golf recently because of his work as an analyst for the NBA and the fact that he is also beginning to get ready for the NCAA Tournament makes it even less likely that he will be playing golf anytime soon. You have to be very well-versed with so many different teams to be able to be an analyst for the NCAA Tournament so therefore there is a lot of work involved.

Golf is the only sport in America where you get to see people truly under pressure. You can definitely see the stress in a way that is different from every other sport. He has felt pressure in numerous situations but the pressure he has felt on the golf course is an entirely different kind of pressure.

There are so many terms in golf that can be used when you are trash talking your friends on the course. There are a number of commentators including David Feherty and Gary McCord who make him laugh when they are able to make very funny comments when a golfer is not playing well in  a tournament and when they hit bad shots.

Regarding Hank Haney’s new book on Tiger, he said that he knows both men and thinks that Haney is one of the nicest people he has ever met and he does not think Haney is the kind of person to write a book to trash someone. He will probably read the book but he doubts that it will be the kind of book that will go negative on Tiger.

The reason that the game of golf has not grown in the African-American community is the division in economics. Golf is a very expensive sport to play and for many minority kids and families, they might be able to save enough money to buy a set of clubs but they probably would not be able to afford  to play many rounds. Golf is getting more expensive every year and while there are a lot of minority golfers, they come from the middle and upper classes and not the lower economic classes.

Before his swing got messed up, he was an 8 handicap at one point and could actually play well on the golf course and during that time, he shot a low round of 78. He does not know when or how his swing became a mess but he does know that it did become a mess and he does not know how to correct it.