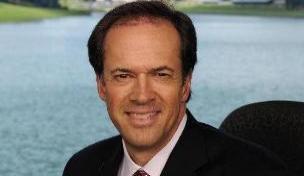 Dan Hicks is the Host for Golf Channel on NBC and he will be in Hawaii this week for NBC’s coverage of the Pro Bowl. He began with his impression of NBC News Colleague Tom Brokaw before commenting on Tiger Woods’ 2012 debut at Abu Dhabi by saying that he believes that Tiger will get off to a great start this year. He was not able to give an exact definition of what a big year will be for him but he thinks that with his work ethic and talent and progress, 2012 will be a year that is closer to what many expect from Tiger Woods. We have seen so much from Tiger Woods already and if Tiger is able to have a strong year after what he has gone through the last two years, it will be one of the greatest achievements not only for Tiger but also for all of sports.

Phil Mickelson began his 2012 with a T49 finish in the Humana Challenge. We all know about the health and personal issues that could impact his performance but like Tiger, Hicks believes that Phil has way too much work ethic and talent not to continue to play well, win tournaments, and contend and/or win in Majors. We may have seen the best of Tiger and Phil but that does not mean that they cannot and will not win again. Phil’s career has been one of turning the switch on and off. He has alternated between moments of brilliance and moments of struggle while Tiger Woods has for the most part been nothing but on in his performance.

Looking ahead to the Ryder Cup at Medinah, Hicks does not have any names that he think will surprise people by playing their way onto the team because there are too many potential names but he does not have any doubt that it will be very exciting and that by the time it is played later this year, people will be clamoring for the Ryder Cup.