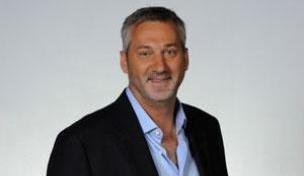 Frank Nobilo is in Hawaii this week for Golf Channel’s coverage of the Hyundai Tournament of Champions. If he could name a way to try to attract bigger names, he said that he would expand the field to include winners from the last two years. There are a lot of international winners on the PGA TOUR and the travel that is involved to Hawaii as well as the date makes it difficult to get many of them to play. Such a move would grow the field but the only other option is to move the date.

The move from La Costa to Kapalua as well as the creation of the WGC events have played a role in the reduction of the status of the Hyundai Tournament of Champions. This event has always been an exclusive event but with the addition of more invitational events as well as more money, the event does not carry the same attraction as it once did.

In deciding between Tiger and Phil for the better 2012, he said that if Tiger Woods plays a normal schedule worldwide of about 20 or so events he will have a better year than Phil Mickelson. Phil is going through a lot with his own arthritis as well as the illnesses of his wife and mom and the fact that he is older than Tiger goes against Phil’s odds for the matchup.