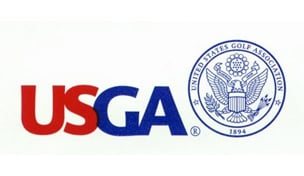 Glen Nager is the 62nd President of the United States Golf Association. If he were making a list of priorities, he said that the top of the list would always be hosting the highest quality championships because that was the reason that the USGA was founded in the first place. Today, golf is facing challenges that it has not faced in the past included reductions in play and the USGA is working very hard to try to grow  the game and promote the game to new players as well as former players who have left the game.

One of the best things about the game of golf is the fact that amateurs can hit the same kinds of shots that the pros hit. He does not believe that the answer to the issue of trying to make the game more enjoyable is to make two separate lists of rules.

When it comes to the anchored putter, Nager said that the USGA is taking a fresh look at this issue and are inviting pros and amateurs alike – including Tiger Woods – to express their opinions on this issue to the USGA. They have seen some notable players have success with this style of putting but they are interested in collecting data to determine if it has had a significant impact on putting throughout the game of golf. There have already been a number of different opinions expressed and they are looking forward to determining the best solutions.