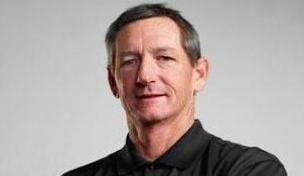 Famed Teaching Professional Hank Haney is the author along with Jaime Diaz of the upcoming book “The Big Miss” about his six years as Tiger Woods’ Swing Instructor. Much has been made of this collaboration and he had the idea to write this book a long time ago because he knew how unique an opportunity to work with maybe the world’s greatest golfer really is. Diaz was his first choice to work with because he is such a good writer and is very well-respected.

He feels that there will be a lot of surprises in the book about Tiger and about their relationship as well. The first prerequisite of this book was that it was not going to be a gossipy tell-all and it is not but he added that there will be surprises. He learned so much from working with arguably the greatest player in the world and he really wants to share these experiences and lessons with others. His biggest concern was being able to remember all of those moments because all of them were so special.

In reaction to Tiger’s comments, Haney said he would be surprised if Tiger did not read the book because he reads everything and also when it comes to their relationship, the moments and the memories belong to him just as much as they belong to Tiger. Tiger is concerned about what is in it and when asked if he should be concerned, Haney added that it will depend on what he does not want people to learn about. But at the end of the day, he witnessed greatness and he wants to share it with others.

When Tiger called him unprofessional in what he was doing, he was taken aback by that description because he had always had a plan to write a book and he does not see how he could be unprofessional if he wanted to write a book without knowing what it would ultimately be about. On the question of money as a motivator, Haney added that he has been very fortunate in his professional life and money is not a factor here.

In his talks with Jaime Diaz about working together on this book, he knew that Diaz would be concerned with the tone of the work and he made an effort to show him that this book would not be a takedown tell-all but instead a historical perspective of their time together. Once Diaz knew that  this would be the motivation for the book, Diaz signed on with the project.

Tiger is in the third incarnation of his golf swing with Sean Foley and Haney pointed out that his grip is now much stronger, the club position is more upright at the top, and he is trying to make sure that the club is in front of him when he makes the downswing. When he taught Tiger he worked to try to eliminate the left side of the course and since he started working with Foley he is missing to the left a lot more but everyone has to miss somewhere. He feels that Tiger’s swing looks really good and if you are able to be more versatile in your ability to hit cuts and draws you will have more confidence on the course. He needs to work on his putting because no matter how good your swing is, you still have to putt.

When he worked with Tiger, he did not teach Tiger on putting as much as he observed him. He would look to see if Tiger was getting worse in his putting unlike on his swing where they always worked to get better. Speed and tempo are key to good putting and if he can get those things right, he will putt well because he has had it right in the past. But in order for that to happen, he will have to log a lot of hours on the practice putting green.

“The Big Miss” will be released just before The Masters and while he said that he does not pick the release date, he doubts that it will have any impact on Tiger at all because he does not get distracted by anything.