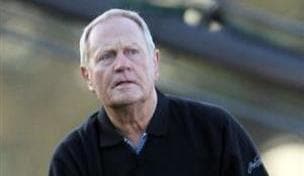 Gary Williams interviewed Jack Nicklaus on Thursday at the PGA Merchandise Show. Nicklaus anticipates that in 2012, the United States will not see a lot of growth in any sector of the golf business but that some emerging nations like South Korea, China, Brazil, Russia, Argentina, Cambodia, and Malaysia will see growth in a number of sectors in the golf industry. The United States will recover but it will take some time.

He is at the PGA Show because he is involved with Golf 2.0 which is an initiative that seeks to grow the game of golf among women and children. They are trying to figure out ways to make golf more accessible and less expensive so it will be open to more people. Especially in a time of recession and economic struggle, it is crucial to find ways to open up the game to as many people as possible.

Tim Finchem has done a great job of not destroying the U.S. Tour while taking advantage of other markets like Asia, South America, and Europe at the same time. From a tournament standpoint, golf in the United States is very strong. It is just weak among amateur players right now.

He supports the idea of having one set of rules for pros and amateurs but the advancing technology with the golf ball has created a lot of problems as many courses have become inaccessible to the large majority of golfers which by extension will discourage a lot of players. It is disheartening when someone who has had a great deal of success in golf goes out and all of a sudden be out-driven by 50 yards and he is also forced to play from tees where he is not long enough to be competitive. You cannot touch other areas of technology in the game but you can limit the advancement of the golf ball. As the golf ball gets longer, more land becomes required and simply put, in many areas all around the world there is not enough land to build courses that are big enough. If some of these emerging markets want to grow the game, they will have to design courses that are shorter.

As Tiger Woods gets older, he will have health issues like everyone but his work ethic is what separates him from everyone else and it will continue to do so. He has every confidence in the world that Tiger will return to something resembling his old form in 2012.