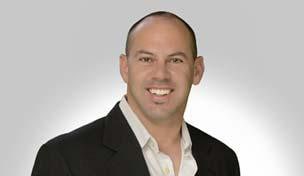 To begin his first Morning Drive visit of 2012, Sobel announced that he became the father to his son J.J. on Christmas Eve of 2011. Joshua Jake Sobel as well as the rest of the Sobel family are doing well.

For the second straight year, a player has gotten injured at the Hyundai Tournament of Champions. While Geoff Ogilvy cut his finger on coral last year, Lucas Glover injured his right knee while paddle boarding. The question of a Hawaii curse comes to mind when he hears about something like this.

Moving the Hyundai Tournament of Champions is not the answer in his opinion because if players will not go to Maui, they will not go to San Diego or Orlando either. Extending invites to European Tour winners or winners of the last two years as well as increasing the purse may help but he cannot think of another way to attract more big stars to the Hyundai Tournament of Champions.

He spoke with a PGA TOUR executive recently and he hinted to Sobel that the plan for a Monday finish for this event had been in the works for a long time and was in the works well before the BCS decided to move its title game to Monday from Tuesday. The main reason for the move was to avoid conflicting against the NFL. He likes this idea and is interested to see what will happen this week.

In making more 2012 predictions, he says that Europe will win the Ryder Cup over the United States at Medinah, that 2011 PGA Championship Runner-up Jason Dufner will have a great year and earn a place on the U.S. Ryder Cup team based on his own merits, and Kyle Stanley will be this year’s Webb Simpson on the PGA TOUR.