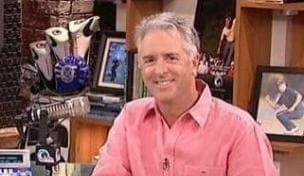 Townsend is in South Africa for the Africa Open which is the season premiere of the 2012 European Tour and the 2012 Race to Dubai. He was very surprised to learn of Jim Huber’s passing after landing in South Africa. Jim was a very thoughtful person and following the Jay & Rory Twitter feud, Jim approached Jay and asked him how everything was going. Jay was thoughtful in his essays and thoughtful in his life and everyone will miss him. Jim carried himself in a very professional manner and he was able to easily have conversations with players as they were preparing for the third and final rounds of Majors and it takes a unique talent to be able to do that.

Luke Donald has decided not to alter his schedule after 2011 and Jay agrees with that decision although he also sees how Rory McIlroy and Lee Westwood could decide to change their schedules for 2012 after what they did in 2011. McIlroy is, in his opinion, the most talented player in the world right now although he is not yet the best winner in the world. That ability should grow as time goes on and feels that Rory will win multiple times this year and as he wins more, he can only get better.

South Africa is a very large country and has a bit of everything including sandy beaches, rocky beaches, big mountains, rainforests, vast deserts, deep forests, and just everything you could possibly want. He feels that Louis Oosthuizen will successfully defend his title this week and he will go on to have a great year two years after winning the Open Championship.