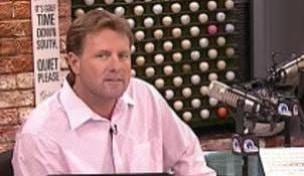 Jerry Foltz is in Hawaii this week for Golf Channel’s coverage of the Hyundai Tournament of Champions. When it comes to new rookies for the 2012 PGA TOUR, Foltz feels that the rookie who is most ready to have a breakout season the way Keegan Bradley did in 2011 are folks like Danny Lee, Jason Kokrak, Mark Anderson, and Russell Knox for many different reasons. Danny Lee has the best record in his career to this point while Kokrak has the most talent and the most bravado but could have either a great or a terrible year based on those characteristics.

There have been a couple of years where Nationwide Tour grads combined to win five times in one season but when you consider all of the talent on the PGA TOUR today, Foltz feels that if the 2011 grads combined for two wins on the 2012 PGA TOUR it would be a great year for the 2011 class.

In trying to evaluate Erik Compton in 2012, he thinks that one can look at multiple factors including his own performance as well as how he measures up against the performances of other graduates. Compton’s story and his circumstances with his health are unlike anything he has ever seen in all of sports and the challenges that Erik faces on a daily basis are incredibly daunting to the point that almost no one else will even be able to comprehend those challenges. He does not know how to judge Compton’s 2012 other than just to watch and enjoy.

In choosing between Tiger and Rory for a better 2012, he thinks that Tiger will have the better year although his answer would have been different the week before the Chevron World Challenge. He thinks that Tiger will win 3-4 times in 2012 and although he is judging this prediction on one tournament with just 17 other players, he feels very confident that Tiger’s performances at Chevron and the Presidents Cup represent proof that he is ready to win again.

The winds play a very significant role in how Kapalua plays this week and when you look at history at this course, the winner is determined by short game as the fairways on the Plantation Course are the widest of any course all year. He has a good feeling about Johnson Wagner and Keegan Bradley this week based on what he has seen this week.