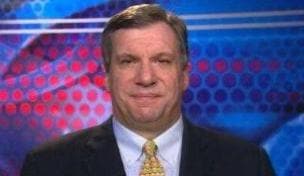 It is Super Bowl Sunday this weekend and he would have been at the game in Indianapolis had the Ravens defeated the Patriots. He finds it very interesting that this year both the Giants and Patriots have the chance to make NFL history with a win this weekend but for different reasons. It is been fascinating to see how well the Patriots have done for so long while it is also fascinating to see how the Giants have been able to rebuild themselves as a team at a time when Tom Coughlin was about to be fired.

As a Jets fan, his favorite Super Bowl was Super Bowl III. The Jets were winning 16-0 in a year where they were the heavy underdog when his father returned from a concert. As a kid, he would pace around the room during games to give the Jets luck and his Dad asked him to sit down because he was so excited.

If Tiger Woods were to win a tournament before The Masters, it would say something about his game but at the end of the day, it is all about The Masters and everything that he does over the next months will be judged in reference to his Masters chances and nothing else.

He does not a problem with Tiger accepting an appearance fee to play in Abu Dhabi because that is a part of the business. Feinstein’s problem with the decision had more to do with the fact that it hurt Torrey Pines and the fact that his original explanation was that he wanted to see new places. He wishes that Tiger had been straight forward about the financial motivation behind the decision from the first moment instead of waiting until he was in Abu Dhabi to admit that money was a motivator during his News Conference.

In response to the news about Phil’s lawsuit, Feinstein feels that Phil is someone who over the years has become very frustrated by the things that people say over the internet because the anonymity allows people to say very brutal and very untrue things and he knows about this from personal experience.