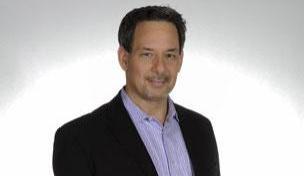 Slow play once again showed its ugly head during the final round of the Hyundai Tournament of Champions in the final pair with Jonathan Byrd and Steve Stricker. In 2002, the PGA TOUR said that they would start penalizing players with strokes for slow play. It never happened and players today have no idea how slow play rules are enforced. Right now, players are fined relatively small amounts of money in secret. Money will not and does not make players flinch and will not convince them to speed up. If you really want a deterrent, you have to hit these players with strokes. Ben Crane even sped up his pace of play because he was sick and tired of being the slowest player on the PGA TOUR.

Everyone –pro or not – needs a Major and Hawkins thinks that in large part due to his age, Stricker needs a Major win more than even Tiger Woods. This is not a knock on Steve Stricker but when you look at his record of wins, there are a lot of events that did not have the most elite fields and for someone who is as talented as Stricker is, it is surprising that he has not contended in Major Championships more often. At 45, Stricker may have at most only three more years in which he can win a Major.

Luke Donald has not really done all that much in Major Championships in recent years so because of that fact, John does not see Luke winning a Major in 2012. Luke finished tied for 4th in the 2011 Masters but that T4 was one in which Luke did not ever have a real legitimate chance to win the Green Jacket. Donald is not a long hitter and the Major Championships demand consistency and strength which more often than not Luke has not been able to show in those arenas. Luke is World #1 by a healthy margin right now so there is no doubt he will be a part of any Major Championship discussion.