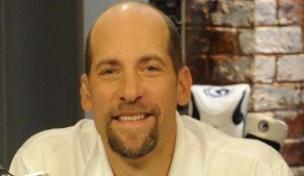 Former Major League Baseball pitcher and current analyst John Smoltz is also an avid golfer who has tried to qualify for numerous professional events and even played in the South Georgia Classic on the Nationwide Tour in 2011. When he plays in events with professional golfers, he cannot imagine the stress that they go through because they have to deal with long rounds and having amateurs around them while they are trying to make a living. It would be as though he were on the pitcher’s mound for a game and was surrounded by fans for the entire game. But he loves playing with pros every chance he gets.

He has played a number of matches with Tiger Woods – none of which were on TV – and he understands that when someone is playing in a pro-am event with him, they need and in many cases want to simply stay out of his way. And when he played with Tiger, he had a great time but he understood that there was nothing he could do to get under his skin.

When he was a Major League Baseball pitcher, he was never nervous until his last season. But golf is different from baseball because no matter what, your weaknesses will always be exposed on the golf course while as a pitcher, it is possible to play a game without having any of your weaknesses exposed. But like golf, in baseball he knew that he had to embrace the moment and try to take advantage of every opportunity.