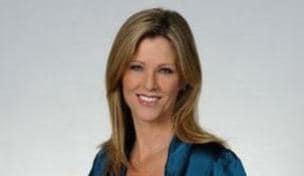 Kelly Tilghman is in Hawaii this week for Golf Channel’s coverage of the Hyundai Tournament of Champions. Reflecting on the passing on Jim Huber, Tilghman said he was a man who could use his words to take a picture on what was going on around him. He truly loved what he did in the game of golf and despite being 67 years old, he was never a stranger around anyone of any age. This is a great loss for the golf world. Not only was he a great writer and a great broadcaster, he was a great person as well.

There is a little bit of chatter about the absence of some big names this week at Kapalua but when you get out to Hawaii, everything is so beautiful there that the fact that a big name like Tiger Woods is in the field is a bonus. There are a lot of big names who are in the field this week who are also showmen and will be able to make the audiences forget about who is not there especially if they are in contention on the weekend.

The #1 topic of discussion among everyone at Kapalua this week has been the anticipation of the four Majors in 2012 after 2011 featured four different dramatic and unexpected stories. More players than ever believe that they could be the next big Major story and so many people are already looking forward to Augusta National in April.

Ratings went up a great deal in 2011 for the PGA TOUR thanks to a lot of young players making their first appearances on the scene in golf which is great for everyone involved in this business- especially Golf Channel. There are too many great players on the PGA TOUR for there not to be a lot of coverage and she is excited for what lies ahead in 2012.