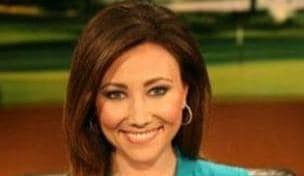 Lara Baldesarra is the new host of Grey Goose 19th Hole which makes its season premiere tonight at Midnight ET and will air at that time on Thursdays and Fridays throughout 2012. She is from Toronto, Canada and is very happy to escape the cold weather now that she lives in Orlando, Florida. She has been a golfer her entire life and has practically grown up on the course as her father is a very avid golfer and she is very happy to live in a place where she can play year round.

Grey Goose 19th Hole has gone from once a week to twice a week at midnight and after a few rehearsals with contributors Jason Sobel and Tripp Isenhour, she is very excited about the show and looks forward to keeping those two guys in check when she needs to. Instead of a general discussion about the issues as the show has been in the past, they will be able to break down, analyze, and discuss the rounds as they have just been completed. Matt Kuchar will be a special guest  on the season premiere tonight. Hopefully Kuchar will be just the first of many players and coaches who will contribute to the program this year.

When it comes to the Farmers Insurance Open, they are planning to look at Phil Mickelson because he is always a story every time he tees it up and they will look ahead and discuss what he needs to do to get his year off to the start to where he will be one of the dominant players on the PGA TOUR in 2012.

The fact that appearance fees have been able to draw such a good field to Abu Dhabi this week, it is simply proof that money talks and if there is cash available, big names will flock that way and this week is just one example of a new trend in the world of golf but this is no different from what exists in many other sports around the world.

Just as she cannot escape being a golfer, she cannot escape being a Raiders fan. In fact, she is named for that team because when she was born, the team was still in Los Angeles and her name Lara stands for Los Angeles Raiders. Her parents did not even consider changing her name when the team moved to  Oakland, which she feels is a very good thing.