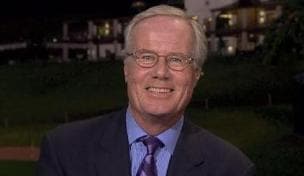 Getty Images
GIRONA, SPAIN - APRIL 30: Miguel Angel Jimenez of Spain tees off on the ninth hole during the first round of the Open de Espana at the PGA Golf Catalunya on April 30, 2009 in Girona, Spain. (Photo by Warren Little/Getty Images)  -

Golf Channel on NBC Analyst Mark Rolfing is at Kapalua for the Hyundai Tournament of Champions. Reflecting on the passing of Jim Huber, he was very saddened to hear the news and no one ever had a bad thing to say about him. Several years ago when Champions Tour coverage moved to CNBC, both he and Huber were involved and no matter what was going on, Huber was a very calming presence and Mark feels very fortunate to have known him.

When it comes to improving the Hyundai Tournament of Champions, Rolfing thinks that the field eligibility needs to be expanded. 11 eligible players who could be at Kapalua are not this week for various reasons. The lack of a definite offseason in golf results in players creating their own off-seasons and with all of the events late in the year and early in the next year, a lot of big names are taking their off-seasons during January. The Tournament of Champions on the Champions Tour began as winners-only but became expanded to include big names like Jack Nicklaus and no one complained or questioned his or any other player’s presence.

Golf does not have an All-Star Game and he thinks that the Hyundai Tournament of Champions could be a great venue for such an event. Fans could become involved if they were able, for instance, to vote players into the field and Golf Channel is a perfect outlet to broadcast such a fan-friendly, interesting event for golf.

There is so much parity in the game of golf right now that it is very difficult to pick players who could win multiple times on the PGA TOUR in one year. He expects Rory McIlroy as well as Adam Scott to have multiple wins this year and it is unfortunate that they are not at Kapalua. One person who is there, Webb Simpson, is another person who Mark thinks could have multiple wins in 2012.

It is very exciting to have Johnny Miller and Nick Faldo in the tower together this week at Kapalua. Terry Gannon, Dan Hicks, Miller, Faldo, Frank Nobilo, and himself will all be up there together in a large tower and will be working in various combinations which will produce a lot of interesting teams and pairs doing the commentary.