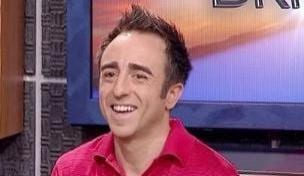 Mike DeVault is the EA Sports Producer for the new Tiger Woods PGA TOUR 13 video game. He came in to guide Erik and Gary through the new game and some of the new features. Some of the new features include the Tiger Legacy Challenge where you can go all the way back to when Tiger was on the Mike Douglas Show at the age of 2. Erik and Gary played a couple of holes as a two-year-old Tiger Woods. This is also the first year that the Tiger Woods PGA TOUR game is involved with Kinect technology which is huge for EA Sports. When Tiger was growing up, his father would add a stroke to the par of the hole he was playing which would create “Tiger par” on those holes. During the preparation of the new game, it was fascinating to interview Tiger and hear him reflect on his upbringing in the game of golf.

There are a number of new players available for people playing this game including Graeme McDowell who is guest hosting Morning Drive on Friday February 10th. Another feature of the game is the ability to play the game without a controller on both XBox 360 and Sony Playstation 3. Everyone at EA Sports is a huge Tiger Woods fan and it has been challenging and interesting to update his swing over the years because he has gone through a number of swing changes in his career. Tiger Woods PGA TOUR 13 for EA Sports will be released to the public on March 27th.