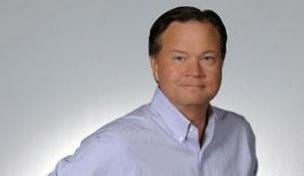 Getty Images
NORTON, MA - SEPTEMBER 6: Jerry Kelly shakes hands with Steve Stricker on the 18th green during the third round of the Deutsche Bank Championship held at TPC Boston on September 6, 2009 in Norton, Massachusetts. (Photo by Jim Rogash/Getty Images)  -

In an exclusive article on GolfChannel.com, Senior Writer Randall Mell wrote about a secret that Lexi Thompson’s family has kept out of the public eye for many years but revealed to Mell. After listening to the story, the theme of it is that “love finds a way.” The Thompson family is extremely close and it has been rebuilt from the ruins after a terrible tragedy that occurred almost 30 years ago. The family has not kept it secret from loved ones and close friends but they have kept it from the general public.

Scott and Judy Thompson are the parents of Nicholas, Lexi, and Curtis Thompson who are all talented golf prodigies. Scott’s brother Paul Curtis Thompson is the father of Nicholas. Paul and Judy were married in 1980 but Paul died tragically in a skiing accident in 1983. Paul’s brother Scott took care of Judy and Nicholas in the aftermath of Paul’s death and within a couple of years Scott and Judy fell in love and got married. They then had two children together – Lexi and Curtis.

All three children have always been equal in the eyes of the parents and the siblings but as rumors of the family connection were beginning to spread, the family wanted to set the record straight before too much misinformation about the facts of what happened got out. When Judy tells the story, good memories of Paul come back and the whole family is comfortable with telling the story because it is not at all negative to anyone in the family.

Five years ago, Judy was diagnosed with breast cancer and she recently hit the important milestone of five years cancer-free. She has worked very hard to bring this family back together and it is just another reason why the family is so close. Nicholas was told about his family when he was in the second grade. He sat on the family couch with Scott and Judy and Judy brought out a family photo and told him that Scott was his Daddy and that Paul was his father. Nicholas seemed sad but understood the circumstances quite quickly and was able to come to grips with it. Scott is as much of a father as anyone could be and Nicholas already knows that he wants Scott to be his best man in his wedding.

The reality of this story is that 99% of it is ultimately inspirational and uplifting for the family as well as for those who learn about the story. That difficult and heartbreaking 1% is what makes the story so difficult to talk about but once that 1% is out of the way, the positive aspects are able to shine through.