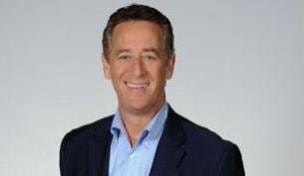 Getty Images
SPRINGFIELD, IL - JUNE 06: Ai Miyazato of Japan waits to putt on the 18th green during the third round of the LPGA State Farm Classic golf tournament at Panther Creek Country Club on June 6, 2009 in Springfield, Illinois. (Photo by Christian Petersen/Getty Images)  -

Rich Lerner is in La Quinta, California this week for Golf Channel’s coverage of the Humana Challenge. He interviewed President Bill Clinton earlier this week and the fact is he would have settled for an interview with the Secretary of the Interior so this was a real treat. Clinton is not just a figurehead this week. He is engaged and involved in almost every aspect of this tournament this week and during the interview, he was charming, engaged, and everything you have ever heard about him in a one-on-one setting.

Clinton has been very focused on making sure that the tournament became a more positive experience by reducing the length of the tournament and the number of amateurs in the field. He has such a command of every issue he takes on that when he finishes articulating his point, it seems logical to those people who are listening. Tim Finchem even said that Clinton may be the smartest President since Thomas Jefferson.

Greg Norman accepted an invitation from Clinton to make his first Humana Challenge appearance since 1986 and what is remarkable about him at the age of 56 is the fact that his swing has hardly changed since he was in his 20s and the same is true for his waistline and his physique. Norman has worked very hard to maintain his physique for all of these years and he has been quite successful. He still hits the ball so well and in fact, Jeff Sluman said recently that Norman is the best driver of the ball with a wooden club in the history of the game.

In response to Tiger’s comments about his feelings about Hank Haney’s new book, Lerner said that he was not surprised that Tiger made the comments. However, he was surprised that Tiger did not have Haney sign a confidentiality agreement as he has for nearly everyone else in his life. The timing of the comments are interesting just like the timing of the book’s release just before The Masters is interesting.

Looking at the leaderboard, he thinks that David Toms is one person who is going to hang in there all weekend. Toms has the experience and the game to play well in the Coachella Valley and he does think that Toms will be negatively impacted by possible rain this weekend.