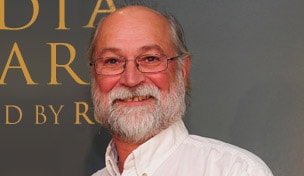 Sirak is the Executive Editor of Golf World and he wrote up the list of the top 50 earners in golf for the year of 2011 in Golf Digest and not surprisingly, Tiger Woods is first with over $64 million in total on and off the course earnings. Golf is as close to a risk-free investment as you can get in sports since there are no lockouts, very little controversy, and tournament sponsors make a lot of money for charity and themselves. The revenue stream for golfers is just getting faster and faster and more people are making more money. For the first time in the nine years that he has been writing this list, you needed over $5 million just to make the list. Jack Nicklaus, Arnold Palmer, and Greg Norman are still in the top 10 and it also shows that golf is one of the only sports where you can be retired and still make 8 figures per year.

Peter Uihlein has decided to leave Oklahoma State early and turn pro while signing with Chubby Chandler’s ISM agency. He was very surprised by this decision and the fact that Uihlein is starting his professional career on the European Tour makes him think that this could become a trend by both men and women in the future. Uihlein is using the European Tour to try to propel him to the PGA TOUR and if he is successful, that could become the norm of future young guns.

Lexi Thompson won twice in 2011 and Sirak thinks that if she simply played consistent golf, people will consider her to have had a successful 2012. Lexi does not necessarily have to win to be successful in his mind. Sirak thinks that Lexi will win in 2012 and in fact win multiple times. After seeing what happened to Michelle Wie after she did not perform up to unbelievably high expectations, he is concerned about how much pressure Lexi Thompson will be under and hopes that history will not repeat itself.