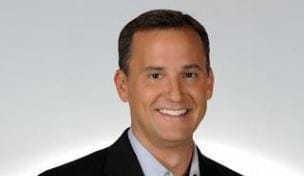 Steve Sands is in Abu Dhabi this week covering the Abu Dhabi HSBC Golf Championship for Golf Channel. The crowds were very large in the first round at Abu Dhabi with the group of Tiger, Rory, and Luke but Rory was very comfortable out there today. McIlroy has been paired with Donald many times in the past and although he has not played with Tiger too often in his career, he has said that he is feeling more and more comfortable playing in the same group with Tiger. The crowds definitely did not have an impact on Rory’s round today.

Rory said on Tuesday that Tiger had his “stinger” shot back during their nine hole practice round while gave him the impression that he is already prepping for The Masters. Tiger struck the ball very well in the first round as well but Rory was much better on the greens than Tiger and the scores reflected that.

Talking with European Tour Chief Executive George O’Grady he found out that it was surprising that the wind did not pick up later in the day Thursday. It became much warmer as the day went on and you saw both Rory and Tiger start with long sleeves but end in short sleeves. The weather forecast says that the mornings later in the week will not be as cold as it was on Thursday.