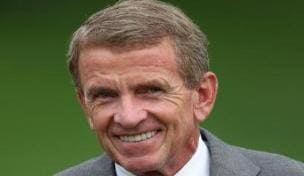 Getty Images
SUN CITY, SOUTH AFRICA - DECEMBER 05: Robert Karlsson of Sweden aknowledges the crowds applause on the 8th green during the second round of the Nedbank Golf Challenge at the Gary Player Country Club on December 5, 2008 in Sun City, South Africa. (Photo by Richard Heathcote/Getty Images)  -

Tim Finchem is in his 18th year as the 3rd Commissioner of the PGA TOUR. Reflecting on the passing of Jim Huber, Finchem said that in the game of golf, 99.9% of everyone involved in golf are great people and the loss of Jim Huber is a particularly tough one because he was such a great person and his thoughts are with Huber’s family right now.

The Hyundai Tournament of Champions has a Monday finish this year and he said that the PGA TOUR will be watching to see how this schedule works this week to determine any future Monday finishes. Going up against the NFL is always difficult but fortunately, because Golf Channel has a relationship with NBC Sports, the Monday finish works because the tournament will be able to be promoted on NBC during coverage of the NFL playoff games this weekend. The PGA TOUR is looking for many new ways to reach more viewers and 2012 will be a year in which they try a lot of new ideas.

There are many different factors to Monday finishes and TV ratings are not the only factor. A lot of the success of PGA TOUR events involves the ability of a tournament to draw galleries as well as corporate hospitality sponsors which often results in large charitable donations back into the respective communities. Finchem plans to look at all of these factors.

For the PGA TOUR, things are going very well in almost every way in 2012. Many different young players have risen into prominence over the past couple of years which have greatly helped the PGA TOUR along with the fact that there are a lot of really good veterans, namely folks like Tiger Woods and Phil Mickelson. He does not like to look at a year in terms of problems. Instead, he looks at a year in terms of challenges. Starting the implementation of the new TV contract including expanded online and broadcast coverage is a challenge but it is also a great opportunity. Other great opportunities including growing the game worldwide through the 2016 Olympics as well as the new PGA TOUR Latinoamerica in South America.

On the news of no changes to the FedExCup format, Finchem said that the top discussion about the FedExCup has been the amount of volatility in the Playoffs. After varying results in 2007 and 2008 which caused some concern, the policy was changed in 2009 to success. The question is what is the right balance because you want the Hyundai Tournament of Champions to mean something in September but you still want the Playoffs have a good deal of significance as well which will result in rewarding strong performance in the postseason. The popularity of the current system of the FedExCup has played a big role in bringing players like Lee Westwood and Rory McIlroy back to the PGA TOUR in 2012 so they can compete in the PGA TOUR Playoffs. He views it as a good thing that the FedExCup is being talked about whether it is positive or negative, noting that a lot of people do not like the BCS but they are still talking about it.