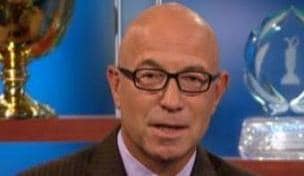 Mark Wilson earned his 5th PGA TOUR win in the Humana Challenge and at a First Tee clinic in Chicago, Jack Nicklaus called Wilson a closer and he certainly proved the Golden Bear right on Sunday. Wilson is a faith and family man and is also someone who does not tend to look at scoreboards when he is playing in tournaments even if he is contention. He is comfortable with who he is, accepts the strengths and weaknesses of his game, and as a result he is someone who is able to get the most out of his golf game.

Talking with Wilson’s caddie Chris Jones, Chris told Tim that at a player-caddie tournament at a miniature golf course in Indio, CA, the only players who showed up were Wilson and Johnson Wagner and that is a perfect illustration of what kind of people both of them are and how recent success has not and seemingly will not change who these two players are.

One of Tim’s good friends, Davis Sezna, caddied for former President Clinton on Saturday when he played with Greg Norman in the Humana Challenge. Clinton and Sezna became friends following the attacks of September 11th. Sezna related to Tim the pressure of being out there by talking about how he was not only close to Clinton but also close to Greg Norman inside the ropes. Many people, including Sezna, consider Clinton to be the Arnold Palmer of former Presidents.

Rosaforte recently interviewed J.B. Holmes who a few months ago underwent brain surgery. He is scheduled to make his 2012 debut this week in the Farmers Insurance Open and Tim was struck by how Holmes seemed to be a changed man since the procedure. The surgery was described as minor but there is no such thing as minor brain surgery. At one point during the interview he was on the verge of tears and Holmes says he is a changed man since he underwent surgery.

No one can predict who will be the breakout stars of an upcoming PGA TOUR season and having said that, no one could have predicted that names like Johnson Wagner, Robert Garrigus, and John Mallinger would be among the early breakout names. One thing that many of those players have in common is the fact that they spent the offseason working with trainers to lose weight and gain strength. Mallinger even worked with Lance Armstrong’s personal trainer during the offseason.