Tour players excited to have Woods back 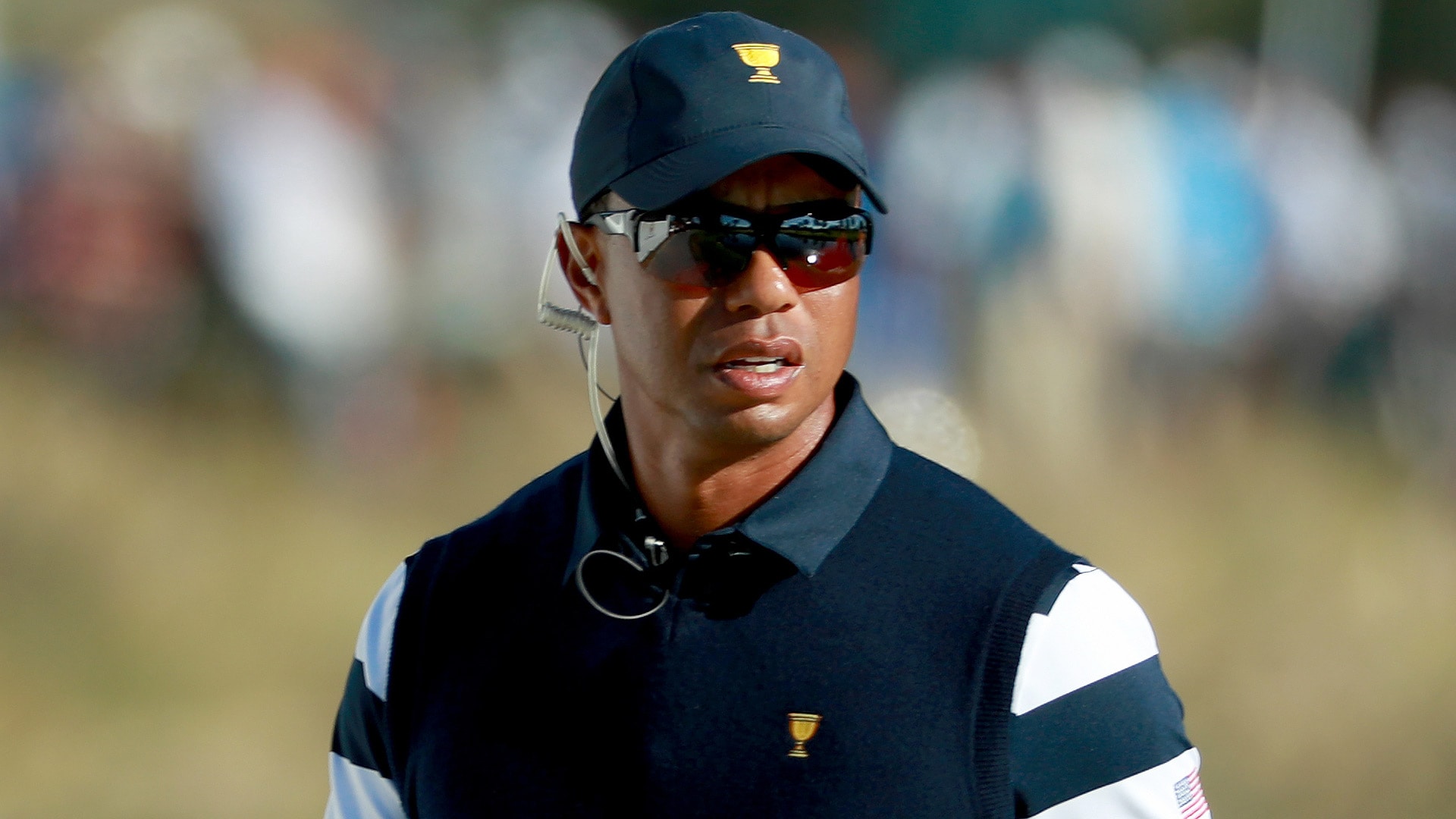 And thus his colleagues on Tour are getting asked about him. Again.

Tiger Woods on Monday announced that he will make his return to competitive golf at the Hero World Challenge in Albany.

If that sounds familiar, it’s because we were all in this position one year ago, when Tiger ended another injury layoff with a start in the Bahamas. That return lasted just seven competitive rounds before he withdrew from the Dubai Desert Classic in early February and underwent anterior lumbar interbody fusion surgery in April.

Thereafter, it seemed highly unlikely we would see Woods again in 2017. Even just a month ago at the Presidents Cup, the U.S. assistant captain made it clear that he hadn’t been greenlit to hit balls farther than 60 yards and admitted he didn’t know what his future held.

At the time, Charley Hoffman, one of the 17 players who will compete against Woods in Albany, had “zero” idea he would be in a field with Tiger so quickly.

“There were times, playing ping pong or doing whatever, where you could tell he had movement but that he wasn’t fully healed yet,” Hoffman said Wednesday at the Shriners Hospitals for Children Open. “I don’t know if Tiger knew [he’d be playing so quickly]. This is just me talking, but I think he was waiting for doctor’s clearance. I don’t think he knew if they were going to say yes, no, or indifferent.”

“But, you know Tiger, once he gets the OK to do something, he’s probably full-bore in.”

That mindset is likely how Woods went from “there’s no rush” to “I am excited to return to competitive golf at the Hero World Challenge” over the course of a month.

Like Hoffman, many of Woods’ peers on Tour – those who were willing to engage in Tiger talk during practice rounds at the Shriners – weren’t surprised by Woods’ desire to come back and compete.

That list starts with Kevin Chappell, who hit balls beside the 14-time major winner at the Tiger Woods Invitational earlier this month.

“I was fortunate enough to do a clinic with him a week [after the Presidents Cup]. I saw how good he was hitting it. I was not surprised to see him commit based on what I saw in Monterrey,” Chappell said.

“He said he’d only been practicing a few days, but we got into … not a full game of HORSE, but it was kind of like, ‘Hey, can you hit this shot? Can you hit the shot?’ He had them all. It was kind of impressive to see. It was tough to tell how far the ball was going, just because we were on the range, but I was impressed with the sound. He’s always made a special sound. To hear that, and to see the ball control he had only a few days into practicing, was impressive.”

And even if Woods’ progression from chipping to competition seems quick, Kevin Na will tell you it really isn’t.

“Once you start swinging full, for a professional golfer, I only think it takes about a month to be ready,” Na said.

Still, he stressed, there’s a difference between being “ready” and being “tournament-ready.” And the only way for Tiger to get tournament-ready, as we’ve heard him say so many times before, is to participate in actual tournaments.

Regardless of whether he’s competitive or not in his first start, Bubba Watson made it clear that it will be a treat just to see Tiger tee it up, considering how little Woods has been around on Tour the last few years.

“When Tiger Woods says he’s going to play again, how would you not love it?” Watson asked. “You always want your legends to keep playing. It’s a sad day when they hang it up.

“We should all be thrilled to see a great champion like that show up and be able to play again, not just [for his own health], but also for the game of golf.”

“I’m excited he’s coming back. He’s a living legend, obviously,” Na said. “Hopefully, he plays to the level that – to be honest, I don’t think he’ll ever get back to the level he once played at – but, you know, good enough to where he plays.”

Ernie Els, who’s been on Tour for Woods’ entire career and has battled him at his very best, is optimistic Woods could find his form again if his health just cooperates.

“Hopefully, the back holds up, because I do feel he can get to some of his best play, but people have to be patient with him,” Els said. “It’s been a long layoff. Out here, things have changed dramatically. Performance-wise, if he gets a couple top-20s, top-30s in his first few goes, that’s great stuff. And then, once the juices start flowing, who knows what he can do?

“He’s, mentally, the strongest player I’ve ever seen. Physically, if he can get over the hurdle, get into the swing of things out here, and get comfortable, I think he can do good things again.”

To Ernie’s point about just how much the PGA Tour has changed, Woods’ success in his early 20s was once an outlier. Instead, it’s now the norm, with guys like Jordan Spieth and Justin Thomas making their marks early. Woods played a big part in reshaping the Tour as more and more young players modeled themselves in his image. If he is able to once again play on a consistent basis, he’ll have to contend with monsters he helped create.

“It will be great to see him back out here competitive again among this group of young, talented individuals,” Graeme McDowell said. “I feel like he’s moved the bar to a very, very high level, and guys are stepping up.”

Unlike when guys were scrambling to keep up with Woods, it will be Tiger’s turn to catch up with the Tour. Assuming, of course, his back lets him try.

“Hopefully,” Watson added amidst his enthusiasm, “he is truly healthy enough when he gets to that moment to tee it up.”