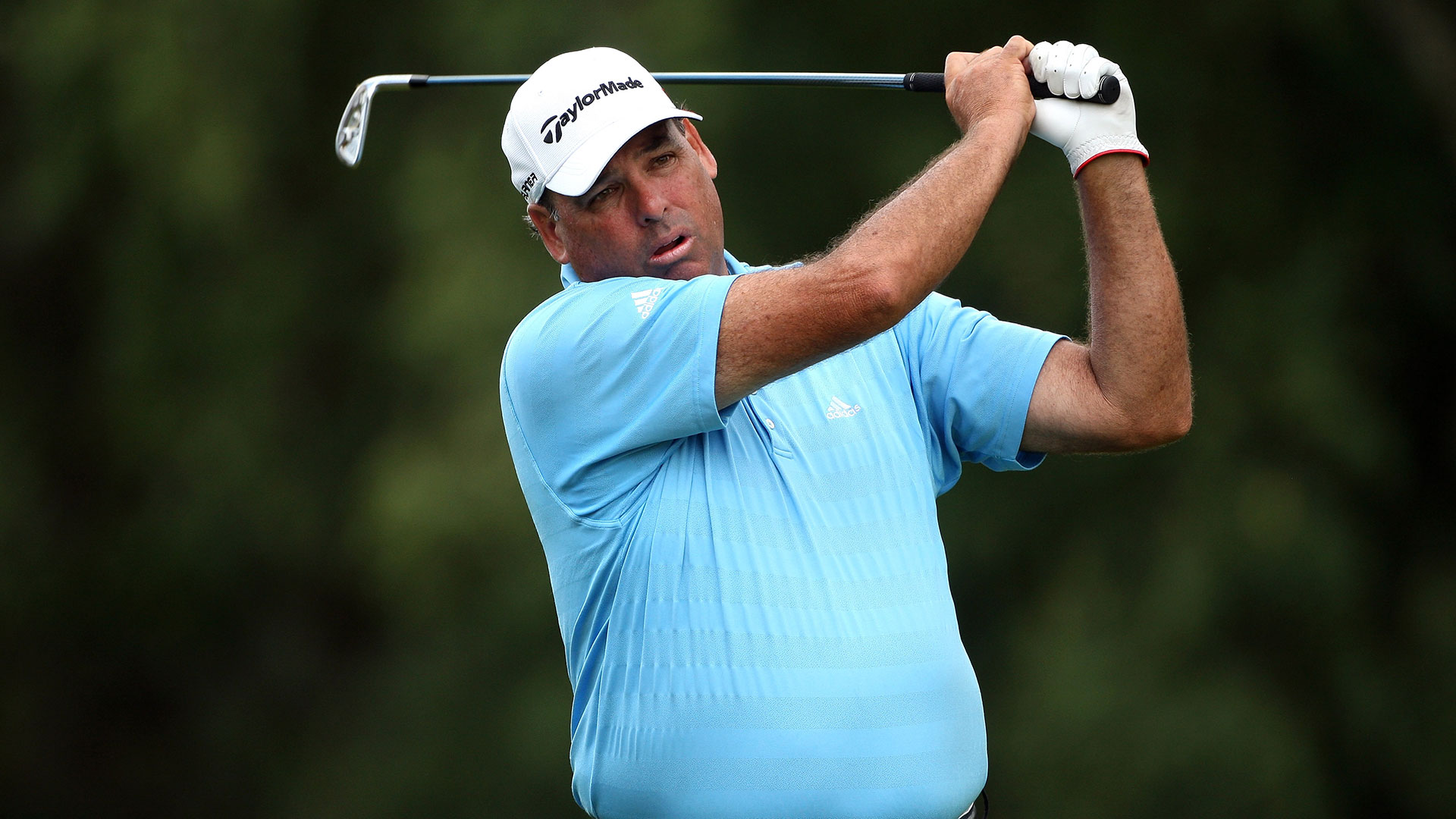 People continually ask me how much I play golf and my answer has been “very little” for a long time.

After quitting the regular tour in 2000, unless I had to participate at an outing, I didn’t play at all for about five years. Then in 2006, out of work and needing to make a living, I embarked on the PGA Tour Champions which lasted about five years until I quit again. Instead of being fun, the game had turned into a means to an end, an end which was quickly looking more and more like the Bellevue psych ward.

Growing up, through college, mini tour years and into the beginning of my tour career, golf had been a game. Sure, to be honest, I probably enjoyed the competitive side of playing for money the most, but I still approached it as a game. Then, sometime early in my 16 year PGA Tour career, the game became drudgery.

I had attributed that metamorphosis to the stress of providing for my family with a long game I felt was inferior to most of those I played against. For me, at 6 foot 7 inches, I had the ability to hit the occasional spectacular shot, but I lacked the talent to replicate shots that seemed so easy for others.

It wasn’t until recently playing a one club match with Craig Perks, Todd Green and Gary Christian on a windy Sunday afternoon in Jacksonville, Fla., that I realized what I had done to take the fun out of the game that I used to love to play.

One club in hand, we scampered around 20-something holes at a municipal course that was closed due to heavy morning rains. There were no putters, no wedges and we played from approximately 6,500 yards while giving each other grief at every opportunity. I had a blast taking a 4-iron and trying to shape iron shots, bunker shots, chips, putts and all. It was a test to find a way to manipulate a 4-iron to do what it wasn’t designed to do. Todd won the cash with an in your face in the dark birdie on the last hole.

That night, reflecting on how much fun the day had been, it dawned on me why I now hate playing golf so much. In my pursuit to get better on tour, I had sought the advice of several highly regarded instructors to see if they could help. That’s when I became more conscious of my swing, the result and less of the game itself. While I already knew that, it dawned on me that golf used to be a game that I “played," not one that I solved. At its most basic level, back when it was fun, for me the shot created the swing.

It means de-lofting the face at impact and not getting too steep into the ball so the flight is flat and penetrates the wind.

It means taking speed off to keep from hitting a flier from the fairway in damp conditions.

It means opening the face a little to take a few yards off a short iron to hit it the right distance.

It means flighting down a wedge.

It means learning to control the flight of a wedge that doesn’t have perfect new grooves.

It means moving the ball up in the stance to hit a long iron high enough in the air to try and get it to stop.

It means curving the ball intentionally one way so that it doesn’t curve the other way.

It means manipulating something one way or another to solve the riddle that the shot presents.

A stock swing born in a laboratory taken to the course to which the player commits regardless the situation illustrates the swing creating the shot.

But when some part of the swing or part of address changes to fit the pictured shot, the shot is contributing to – and to some extent creating – the swing. That night I realized, that while I still made adjustments occasionally on the course, my primary concern had become making a swing and I had quit playing a game.

And while I knew this already, I realized I didn’t fully appreciate the depth of what had been slapping me in the face all these years. Where there is satisfaction in engineering a solution, there is joy in artistry. More than that, satisfaction in engineering only takes place with a good result, but there can be fun in a “watch this” sort of attitude that is willing to try to play a shot a certain way even though it’s not pulled off. To create a couple of shots in a round with an artistic mind set can bring you back again and again and again. Maybe this is part of the reason for Top Golf’s success.

I will save the obvious continuation of this topic regarding today’s game for another blog, but realize this; I went home the next day and took 10 wooden headed drivers and three woods to the range to see which pair felt the best. I then asked my friend Doug Desive, the pro at my course, which ball might fit hitting a wooden driver and he gave me an option.

While it makes no sound when its hit, I found a ball that flies just fine with the wooden-headed woods and still feels decent with a wedge. Not only that, I can curve the ball both ways now where playing a draw with the new drivers has been nearly impossible for me.

Next, I have an old set of blades that were made for me back in the 1980s which have never been shafted. They look so tiny, like the woods, and shafts are on the way, even for a 1-iron. The 60 is out as are the hybrids.

Why the change in equipment? The tiny sweet spots require me to think about solid contact and not just making a swing. The long irons require manipulating to get them into the air. The old small grooves will hit fliers from lies today’s clubs do not. The ball will curve more than the top wonder balls allowing for more options. Taking out the 60 means I will have to be more creative with a 56.

I realize I’m not going to play as well as I could with today’s equipment, but my approach is going to be to paint pictures rather than assemble nuts and bolts. I’m moving up a tee and playing at a length that fits being an artist and doesn’t require me to “max out” my speed.

From now on, I’m going to play a game.