The misguided pursuit of perfection 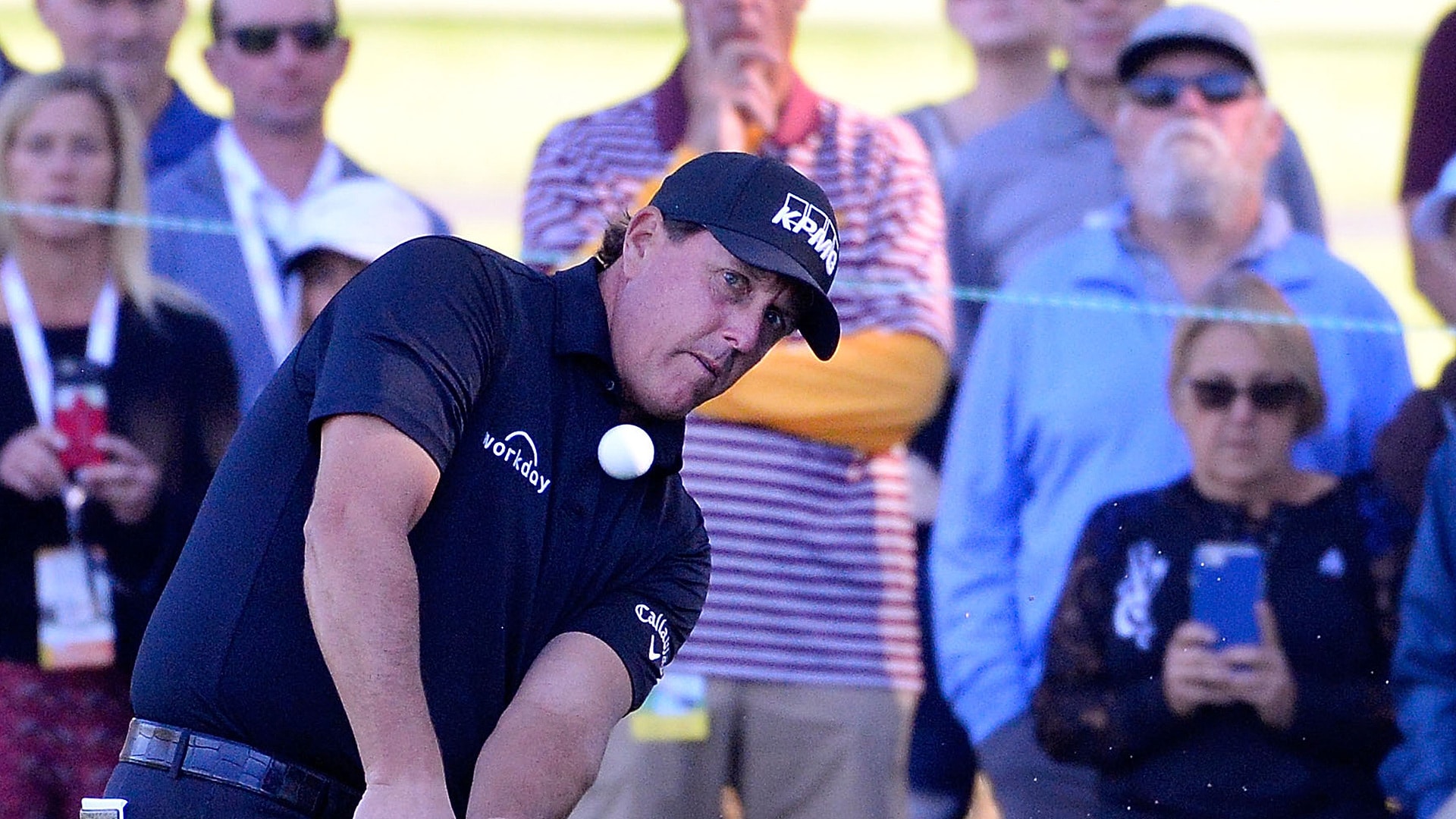 Riding to the course at the WGC-HSBC Champions in China, a very talented young player was asked about the tournament last week in Korea. Following several superlatives he shared that the fairways, because they were a little thin on top and soft underneath, made consistent contact and controlling wedges and short irons difficult. That made me think of the time I was in New York for the tournament at Westchester C.C. when Phil Mickelson complained about the hole location on the third green because it was cut too close to the ridge that separated the top half from the lower half of the green. Then the question popped into my head: What’s more important to a Tour player, a score or the scoreboard?

Mickelson’s concerns at Westchester were valid if the hole was cut so close to the edge of the drop-off that a reasonable putt from above the hole would roll to the front of the green. But, on the other hand, if you have one of the best short games on Tour and are known for an unworldly touch, wouldn’t it be in your best interest to have such hole locations? Wouldn’t this expose the weaknesses of other players relative to you therefore providing you an advantage? Is this an opportunity lost?

Similarly, if lies in the fairways are a little tough, a player who learns to control a wedge or short iron from that type of lie has an advantage over others who cannot. In fact, this used to be the case with the old stamped grooves. But, players on Tour demand the fairways be in great condition. Could this also be an opportunity lost?

How about the greens? Fast, rolled and perfectly conditioned greens are the norm on Tour. When is it easier to make a 4-foot putt, on a fast, smooth surface where you simply start the ball on line and it will go in or a slower surface that requires getting the ball on top of the grass with a good roll to hold a consistent line? There are not many things that drive a player nuts more than missing short putts. Good luck getting players to want slower greens to make short putts more difficult. Is this an opportunity lost?

Ask any of the field staff at a Tour event about bunkers and they will roll their eyes. Tour bunkers are tamped down to prevent plugged lies and have a very specific amount of sand because too much is too soft and too little exposes the bottom of the bunker. The sand also has to have been in place long enough to allow it to settle and it is expertly raked each morning. If bunker play was more difficult, the player who masters those conditions has an advantage. The same can be said of the good iron player who can play away from bunkers. Is this an opportunity lost?

The U.S. Open has experimented with the long par 3,  but you’re not likely to see any 250-plus-yard par 3's on Tour; the players don’t like them. Yet, look to Binghampton Country Club, designed by A.W. Tillinghast in 1921, which includes a 240-yard par 3. What do you imagine the average driving distance on Tour was in the early 1900s? In 1980 it was 265. Such a hole today would need to play 300 yards to be equivalent. Would this be a hard par 3? Yes. If you are a straight driver of the ball or have a good short game would you have an advantage? Yes. Is this an opportunity lost?

Deep rough on Tour has been replaced by “flier” type rough on nearly all venues. You can bet your last dollar that if the rough were to reach a height that would require players to “wedge out,” there would be lots of screaming. The average rank for driving accuracy of the top 15 FedExCup point winners last year was 100th. Is this an opportunity lost for accurate drivers?

You can go on to include the replacement of skill sets by technology but I’m saving that for another blog. Players want to shoot good scores and they want to be rewarded for good shots. They also don’t want to be unfairly penalized for a poor shot, for which you can’t blame them. But, by demanding certain conditions of play are they missing out on opportunities to separate themselves from the pack of other players? What do you think?