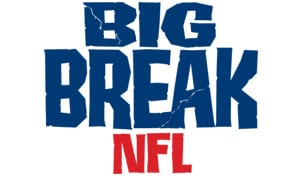 BIG BREAK NFL from Puerto Rico will be all about reunion, redemption and teamwork this fall when 12 previous BIG BREAK competitors return to team up with six of the NFL’s all-time greats, premiering Tuesday, Oct. 8 at 9 p.m. ET and airing weekly on Tuesday nights.

BIG BREAK NFL from Puerto Rico will feature an all-star cast comprised of several of the series’ most captivating and polarizing personalities returning for a second chance at kick starting their professional golf careers.  Two past BIG BREAK competitors – one male and one female, will join one NFL legend to form three-person teams.  The series will feature a new format twist to BIG BREAK – teams will win or lose as teams.  On the line will be $50,000 to the winning NFL legend’s designated charity, along with 2014 PGA TOUR and LPGA Tour tournament exemptions, cash and other prizes for the BIG BREAK competitors.

The teams competing on BIG BREAK NFL from Puerto Rico are:

“Not many people in our sport get this kind of opportunity to be on Big Break in the first place, let alone two Big Breaks in one year.  I’m blessed to have another opportunity to give it another go.” – BIG BREAK MEXICO competitor Stefanie Kenoyer

“Big Break Greenbrier started a great year for me, and now I have another pinch me moment by coming back for another Big Break.  I can only think of one way to cap this off.”- BIG BREAK GREENBRIER competitor Brian Cooper

“I was driving and all of a sudden the thought crossed my mind that it would be really cool to be on Big Break again.  Ten minutes later I got the phone call out of the blue.  I committed to it right on the phone, saying ‘Wherever you need me to be, I’ll be there with a smile on my face.’” – BIG BREAK ATLANTIS competitor Shannon Fish

“Big Break Ireland was one of the greatest experiences in my life.  We joke all of the time how I have unfinished business on Big Break.  And then I got the call for the reunion show.  Everything happens for a reason.” – BIG BREAK IRELAND competitor Mallory Blackwelder

“People look at me and think, ‘I know that guy from somewhere,’ and then they take a look at my cross-handed grip and golf swing and say, ‘Oh yeah, that’s Will from Big Break.’ I’m excited to put the golf swing on display once again.” – BIG BREAK INDIAN WELLS competitor Will Lowery

Golf Channel’s BIG BREAK show concept pits highly skilled golfers against each other in a variety of challenges that test their physical skills and mental toughness.  During BIG BREAK NFL from Puerto Rico, teams will be subject to skills challenges from tee-to-green, including two of the series’ signature challenges, the popular “Glass Break” and “Flop Wall” challenges.  The series also will feature special guest appearances from World Golf Hall-of-Fame member and Puerto Rico’s own Chi Chi Rodriguez and two-time Super Bowl winner and NBC’s Football Night in America analyst Rodney Harrison.

Serving as the backdrop for BIG BREAK NFL from Puerto Rico will be the luxurious Dorado Beach Resort in Dorado Beach, Puerto Rico.  Produced in partnership with the Puerto Rico Tourism Company, the series will unfold on the resort’s historic East Course, a par-72 layout that features panoramic sight lines of the Atlantic Ocean on 15 of 18 holes.  Originally designed by Robert Trent Jones, the course was recently redesigned by Robert Trent Jones II, bringing the classic seaside course into the 21st century. 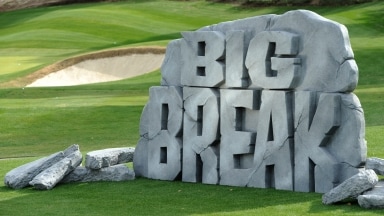 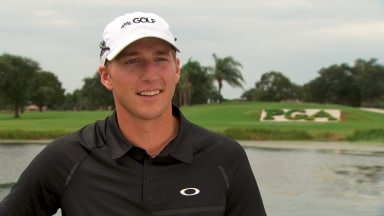 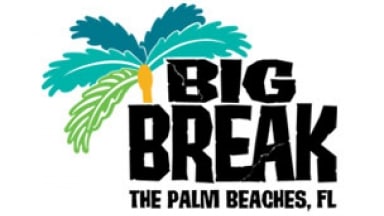