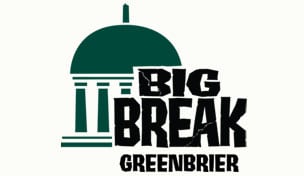 Getty Images
JEJU, SOUTH KOREA - APRIL 26: Gonzalo Fernandez - Castano of Spain plays his tee shot on the 15th hole during the final round of the Ballantine's Championship at Pinx Golf Club on April 26, 2009 in Jeju, South Korea. (Photo by Stuart Franklin/Getty Images)  -

Produced at The Greenbrier resort in West Virginia -- the historic retreat known as 'America's Resort' -- Big Break Greenbrier will showcase golfers competing each week in various golf-related skills challenges, with the ultimate winner receiving his 'Big Break' -- an exemption to the 2013 Greenbrier Classic on the PGA TOUR, cash and other prizes.

The cast of Big Break Greenbrier come from different backgrounds -- several have multiple victories on the various mini tours all over the world, while others are resuming their golf careers after stepping away from competitive golf.  All are looking to leapfrog their careers onto golf's biggest stage: the PGA TOUR.

Ray Beaufils (25, Phoenix, Ariz. / Gold Coast, Queensland, Australia) – A former Rugby player who had a decorated amateur golf career in Australia, Beaufils has battled injuries and a self-imposed burn out after moving to the U.S. After taking six months away from the game, he renewed his passion after playing a weekend round of golf with friends. He turned professional in 2009, won the first two professional events entered and, ultimately, earned conditional status on the Web.com Tour (formerly the Nationwide Tour) in 2010 before a knee injury sidelined his career. Fully recovered, Beaufils is looking to regain his confidence on the course. He is currently competing full-time on the Gateway Tour, where he is a two-time winner and has several top-10 finishes in 2012.

Derek Bohlen (27, Fountain Hills, Ariz.) – Following a successful collegiate golf career at the University of Northern Iowa, Bohlen put his dreams to compete professionally on hold for an office job. After seeing the success of fellow Iowan Zach Johnson and having to constantly answer the question about why he gave up on golf, Bohlen switched careers and moved with his wife to Arizona in 2009 to pursue his dream. Bohlen is currently competing on the NGA Pro Series Tour and various mini tours.

Anthony Casalino (32, Yonkers, N.Y.) – A PGA of America apprentice at Willow Ridge Country Club in Harrison, N.Y., Casalino is relying on his experience as a PGA of America professional to kick start his tournament career on Casalino, who turned his life around and focused on golf after filing for bankruptcy in 2005, recorded a best finish T7 in the Callaway Golf PGA Assistant Championship in 2011, and qualified to compete in the 2012 Met Open in New York in late August by winning a recent qualifier with a 6-under 66.

Rick Cochran (25, Paducah, Ky.) – Nephew of Champions Tour professional and 2011 Senior Open champion Russ Cochran, Rick is currently competing on the NGA Pro Series Tour, where he has recorded several top-10 finishes and one win in 2012. Rick is looking to follow in his famous uncle’s footsteps – both on and off the course – to become a successful golfer and a role model for up-and-coming golfers.

Brian Cooper (45, Phoenix, Ariz. / Pittsburgh, Pa.) – The oldest competitor on the series, Cooper has amassed more than 30 professional victories on various professional golf tours worldwide. A two-sport athlete in college – hockey and baseball – Cooper switched to golf full-time after college, and is currently playing full-time on the Gateway Tour.

Liam Friedman (25, Lackawanna, N.Y.) – One of two PGA of America professionals competing on the series, Friedman is assistant golf professional at Orchard Park Country Club in Lackawanna, N.Y. He captured the 2011 Western New York PGA Championship and competed in the 2012 PGA Professional National Championship near San Francisco earlier this summer. A member of the 2010 NCAA Division III National Championship golf team at Methodist University, Friedman also is currently competing on the Golfslinger.com Tour, where he has accumulated four top-10 finishes in 2011-12.

Stu Gold (26, West Haven, Utah) – Stu Gold’s journey is an inspirational story of defeating personal demons and dramatically turning his life around. Once addicted to pain killers, Gold’s goal is to make it to the golf’s biggest stage and share his story with others. Gold, who has been clean for more than two years, also is a new father and husband. He wants be an inspiration to family and friends who have supported him through his battles. Gold is currently competing on the Golfweek National Pro Tour.

James Lepp (28, Abbotsford, British Columbia) –A two-time winner on the Canadian Tour, a four-time All American from the University of Washington and the 2005 NCAA Individual Champion, Lepp is returning to competitive golf in 2012 after burning out on the game and switching to the business side of golf, when he founded Kikkor Golf, a golf shoe apparel company. Lepp will test himself on to see if his passion for competitive golf returns.

Isaac Sanchez (33, Folsom, Calif.) – Sanchez has overcome enormous odds in his career off the golf course. He was diagnosed with gigantism at an early age and, subsequently, had a tumor removed from his brain when he was in high school. After being surrounded by children with terminal illnesses while in the hospital, he changed his perspective on living – to be grateful for what life has provided. Sanchez, a professional since 1999, lives by the motto, 'Be, do, have,' and currently is in the top-10 on the money list on the 2012 Pepsi Tour.

Mark Silvers (25, Savannah, Ga.) – One of the more accomplished competitors on Silvers competed in the U.S. Open at Pebble Beach in 2010, accumulated more than 15 wins on various mini tours in 2011, and has eight top-10 finishes and one win on the NGA Pro Series Tour in 2012. He is competing on with a heavy heart, as his father – who introduced him to the game at a young age – passed away just prior to filming of the series.

Chan Song (29, Cartersville, Ga.) – Older brother to lady professional golfers Naree and Aree Song, Chan is giving competitive golf one final push in 2012 after a wrist injury a few years ago sidelined his career and he switched to the business side of golf. A three-time All American at Georgia Tech and one of the top ranked junior golfers in the United States, Song is looking to follow in his sisters’ footsteps and contribute to his family’s legacy in professional golf. Song is currently competing on the mini tour circuit and the Canadian Tour.

Michael Tobiason (28, Wilmington, Del.) – A two-sport athlete (basketball and golf) in college at Goldey-Beacom College in Wilmington and carding 23 collegiate golf wins, Tobiason is one of two competitors who played in a U.S. Open – the 2011 U.S. Open at Congressional Country Club. Currently playing on the Moonlight Golf Tour – where he has four wins in 2012 – Tobiason teaches golf at Appleton Country Club in Wilmington to supplement his income.

Big Break Greenbrier will unfold on the resort’s four golf courses: The Old White TPC Course – home to the PGA TOUR’s The Greenbrier Classic; The Greenbrier Course – a Jack Nicklaus design and home to the 1979 Ryder Cup and the 1994 Solheim Cup; The Meadows Course – a Dick Wilson and Bob Cupp design that is often referred to as the most scenic of The Greenbrier courses; and The Snead Course – the private residents’ course and a Tom Fazio design that showcases a remarkable test of strategic tee shots, precision approaches and undulating fast greens.  During the series, the competitors will reside in two deluxe, 3,000-square-foot timber-framed homes in The Greenbrier Sporting Club luxury residential community, located 3,300 feet atop Greenbrier Mountain.

The Big Break show concept pits highly skilled golfers against each other in a variety of challenges that test their physical skills and mental toughness.  During Big Break Greenbrier, one contestant will be eliminated each week, with the last player standing awarded his Big Break, a once-in-a-lifetime opportunity to compete on the PGA TOUR at The Greenbrier Classic in July 2013.

Past Big Break champions have won tournament exemptions to compete on some of the world’s top professional circuits, including the PGA TOUR, Champions Tour, European Tour, LPGA Tour, Web.com Tour and Canadian Tour.  Marcela Leon, winner of Big Break Atlantis, will compete in the LPGA Kingsmill Championship, Sept. 6-9. Tommy 'Two Gloves' Gainey, Big Break VII: Reunion champion and PGA TOUR professional, caught the world’s attention in 2011 with three top-five finishes, and Big Break Ireland champion Mark Murphy made the cut in both of his 2012 events on the European Tour he received as a result of winning the series (Trophee Hassan II and The Irish Open).