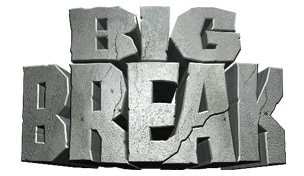 BIG BREAK FLORIDA, produced in partnership with VISIT FLORIDA and taking place at Omni Amelia Island Plantation, will feature a cast of 12 women competing to make their lifelong dreams of playing alongside the world’s top golfers come true.  The winner of BIG BREAK FLORIDA will receive an exemption to the 2014 Manulife Financial LPGA Classic (June 5-8, 2014), exempt status on the 2015 Symetra Tour with all entry fees waived, cash and other prizes.

“BIG BREAK is a cornerstone of our original series franchises, and it has proven to be a launching pad for many professional golfers hoping to break through to the LPGA Tour, including Solheim Cup veterans Kristy McPherson, Ryann O’Toole and Gerina Piller,” said Golf Channel Senior Vice President of Programming Tom Knapp.  “One of our objectives for BIG BREAK is to place the contestants in tournament golf conditions while showcasing a picturesque destination, and we accomplished both with BIG BREAK FLORIDA.  We are excited to partner with VISIT FLORIDA and Omni Amelia Island Plantation for the series’ 21st season.”

“Golf Channel's selection of Omni Amelia Island Plantation as home to BIG BREAK FLORIDA validates our exceptional golf offerings and provides us with an incredibly unique opportunity to showcase the resort as a premier golf destination,” said Paul Eckert, general manager of Omni Amelia Island Plantation. “We are very excited and honored to represent the Omni brand, as well as the great state of Florida.”

“Big Break Florida is the start of a relationship between VISIT FLORIDA, NBC Sports and the Golf Channel that will showcase Florida as a preferred destination for leisure travel,” said Paul Phipps, VISIT FLORIDA’s Chief Marketing Officer.  “With nearly 1,500 courses to choose from in the Sunshine State, we look forward to this unique opportunity to reach Big Break’s audience of avid golf enthusiasts.”

Golf Channel’s BIG BREAK show concept pits highly skilled golfers against each other in a variety of challenges that test their physical skills and mental toughness.  During BIG BREAK FLORIDA, the competitors – who will be announced in January – will be subject to skills challenges from tee-to-green, including two of the series’ signature challenges, the popular “Glass Break” and “Flop Wall” challenges.  One contestant will be eliminated each week, with the last player standing awarded her BIG BREAK, an opportunity to compete on the LPGA Tour.