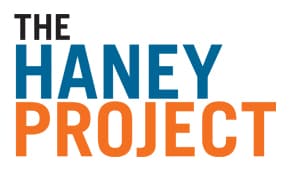 ORLANDO, Fla. (Aug. 11, 2012) – Recently crowned the most decorated Olympian in history with an astonishing 22 career Olympic medals, U.S. Olympic swimmer Michael Phelps has plans for the next stage of his career:  to play the world’s greatest golf courses and improve his golf game under the watchful eye of Golf Channel’s Hank Haney.  The Haney Project will chronicle Phelps’ attempts to improve his game from tee-to-green with the guidance of Tiger Woods’ former swing coach when the hit original series returns for a fifth season on Golf Channel –television’s fastest-growing network among those servicing more than 80 million homes – in February 2013.  The announcement was made today by Phelps and Mike McCarley, President, Golf Channel.

'I have traveled the world through swimming, but really haven’t had an opportunity to experience the world through my travels,' said Phelps. 'As I enter this next chapter of my life, I think I will be able to shift my competitiveness to anything I put my mind to and golf is one of the things I want to focus on. If I have a goal of dropping a certain amount of shots, or working on my short game or putting, those things are going to keep me motivated and fire me up and keep me excited. I want to play all the world's great golf courses, but I'd like to play them well. I'm excited about this project with Golf Channel and I’m looking forward to working with Hank and see what we can do together on the golf course.'

'We look forward to chronicling Michael's transition from the most-decorated Olympian in history to a frustrated golfer trying to enjoy playing the world’s greatest golf courses,” McCarley said. “Golfers everywhere will be able to relate to his quest to improve his game.”

Production for fifth season of The Haney Project will begin in September.

Phelps, who received a pegboard featuring the world’s greatest golf courses as a Christmas gift last year, will follow other celebrity students who have starred on The Haney Project, including NBA Hall-of-Famer Charles Barkley, Emmy Award-winner Ray Romano and Grammy Award-winning Maroon 5 front man and mentor on NBC’s “The Voice” Adam Levine.   Host of the annual Michael Phelps Foundation Golf Classic, Phelps will begin filling the pegboard when production begins in September.

Each episode of The Haney Project will follow Phelps on his quest to play better golf, whether it’s one-on-one instruction on the golf course with Haney or developing lessons he will be able to practice on his own.  The series also will showcase Phelps in his own environment with cameos by famous friends and other experts who check in on him during his journey, including his mother, Debbie Phelps, and Bowman.  Subway, which has a long-standing partnership with Phelps as one of its “Famous Fans,” will be joining as one of the charter sponsors of The Haney Project’s fifth season.

The first season of The Haney Project, which starred Charles Barkley in 2009, marked the highest-rated launch of an original series at that time.  Earlier this year, the series joined Feherty to create a new Golf Channel primetime Monday lineup, which boosted viewership by more than 20 percent over the same time period in 2011 and more than 60 percent over 2010.